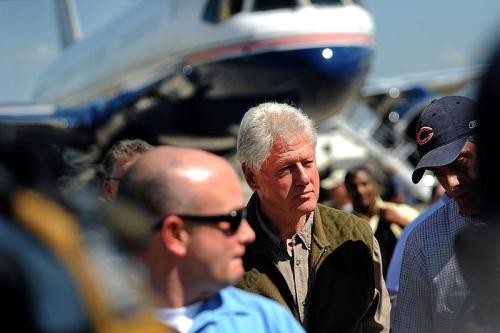 Nova Scotia activists are expressing surprise that former US president Bill Clinton has apologized for flooding Haiti with cheap American rice beginning in the mid 1990s. During testimony before a US Senate committee three weeks ago, Clinton admitted that requiring Haiti to lower its tariffs on rice imports made it impossible for Haitian farmers to compete. The trade policy forced farmers off the land and undercut Haiti's ability to feed itself.

“It may have been good for some of my farmers in Arkansas, but it has not worked. It was a mistake,” Clinton — now a UN special envoy to Haiti — told the US Senate Foreign Relations Committee on March 10. “I had to live everyday with the consequences of the loss of capacity to produce a rice crop in Haiti to feed those people because of what I did; nobody else.”

“I would like to believe that Clinton has had a change of heart,” says an e-mail from Heidi Verheul of the Halifax Peace Coalition. “But he actually needs to do something to challenge the free market shock doctrine economic policies that are being designed to further subjugate and impoverish Haiti,” she added. “The policies of aid and development in Haiti have continuously served to undermine democracy, local economies, and have driven tens of thousands of people from their land, enslaved them in sweatshops, makeshift homes, and absolute grinding, miserable poverty.”

Clinton’s apology attracted scant media attention in the US and none in Canada. It was included as part of an Associated Press news agency report that was published by the Washington Post on March 20. The AP report from Haiti’s earthquake-ravaged capital, Port au Prince, suggests world leaders are reconsidering trade and aid policies that make poor countries dependent on rich ones. It quotes UN aid official John Holmes as saying that poor countries, like Haiti, need to become more self-sufficient by rebuilding their own food production.

“A combination of food aid, but also cheap imports have...resulted in a lack of investment in Haitian farming, and that has to be reversed,” Holmes told AP. “That's a global phenomenon, but Haiti’s a prime example. I think this is where we should start.” 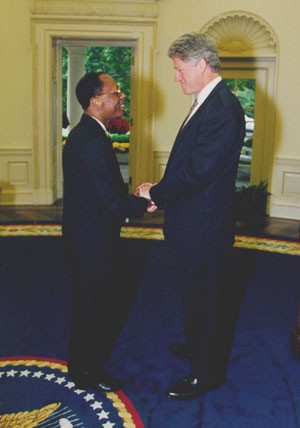 The Clinton administration forced Jean Bertrand Aristide to agree to cut rice tariffs drastically when the US restored the Haitian president to power in October 1994. Aristide, Haiti’s first democratically elected president, had been overthrown by a US-backed military coup in 1991. In return for $770 million in international loans and aid, Aristide was required to agree to a business-friendly, “structural adjustment” program that aside from cutting food tariffs, also included freezing the minimum wage, cutting the size of the civil service and privatizing public utilities. (Aristide annoyed the US by being slow to implement such policies making Bill Clinton’s apology this month all the more surprising.)

Janet Eaton, trade and environment campaigner for Sierra Club Canada, says members of the global democracy movement have long known about the failures of the globalized food system and Clinton’s apology to Haitians only reinforces what many activists have talked and written about for years.

“When high-profile leaders admit that economic globalization isn’t working, then it’s time for governments to get on board and look at alternatives.” Eaton adds. “It is time to admit that these failures exist and put an end to the aggressive free trade frenzy that is now occurring in Canada, the US and Europe as they vie for foreign markets, raw materials and unfettered free trade.”

Eaton points to one alternative underway in Nova Scotia — a Food Policy Council that will be formally established at a meeting in Truro on April 19. Council members will include farmers, consumers, academics, policy analysts and government representatives. Eaton says the Council will promote food security for all Nova Scotians by focusing on ways to grow more of our own food. She contends that growing more local food would help curtail climate change, reduce dependence on increasingly expensive fossil fuels and alleviate global poverty.

“Haiti should be seen as a metaphor for what can happen on a planetary level if we fail to recognize the crisis we face,” Eaton adds.