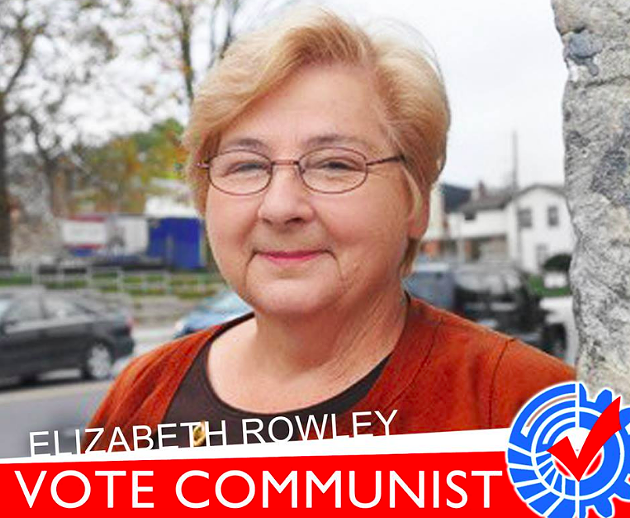 via Facebook
Liz Rowley is the leader of the Communist Party of Canada.
This May Day, Liz Rowley will be standing at Grand Parade in solidarity with labourers and against capitalism.

Rowley has a long history of social activism. She also happens to be the new leader of the Communist Party of Canada.

Rowley is currently touring Canada—travelling around speaking with party members, trying to inform people of her platform and potentially drum up some support.

“I devoted my life to the struggle for socialism, for peace, for democracy, for worker’s rights, for equality rights, for justice and for people who are struggling against the worst effects of the system,” Rowley explains, “but, of course, my life’s not over yet.”

The purpose for her cross-country journey is to inform members about the upcoming 38th Central Convention and to discuss the party’s campaign against the Trans Pacific Partnership.

Rowley is concerned that this partnership will enable multinational corporations to overturn Canadian law with impunity and alter the direction of development of the country—against the interests of the general population.

“We think it is a global corporate constitution that will do great damage to the sovereignty and the independence of Canada and all of countries that are part of it,” Rowley says, “because this allows corporations to sue governments over the loss of future profits.”