Lindell Smith wants his community to be heard

The north end candidate announces his bid for city council. 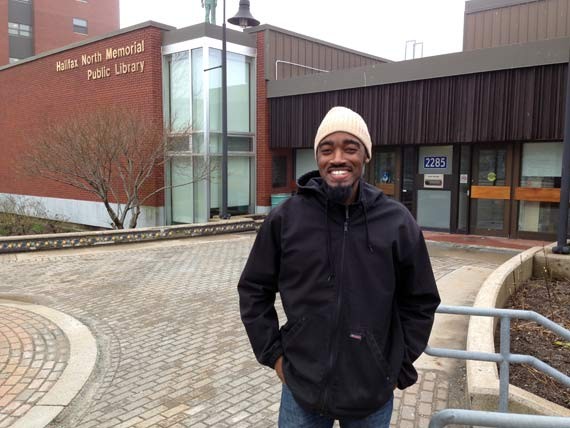 The Coast
Lindell Smith is running for District 8: Halifax Peninsula North in this October’s municipal election.

Unofficially, Lindell Smith is officially running for city council. His upcoming campaign has been one of the worst-kept secrets in District 8, as until now Smith has avoided any formal declarations. Of course, like everyone else, he won’t actually be able to submit his paperwork and get on the ballot until September. He learned that bit of information on a failed trip down to the elections office a couple of months ago. Call him eager.

“This is my community, this is what I love, these are the people I love,” he says. “I’ll rep this community till I die.”

Smith’s entering what’s likely to be a hotly contested race for Halifax Peninsula North. Councillor Jennifer Watts is stepping down after two successful terms at City Hall, partially in an attempt to make room for a more diverse city council. Already, Downtown Halifax Business Commission marketing director Brenden Sommerhalder has announced he’s running, as has Metro Regional Housing Authority officer Virginia Hinch. Several more candidates are rumoured to be waiting in the wings. This week Smith is stepping forward to declare his intentions, finally acknowledging what everyone already knows.

Smith grew up on Gottingen Street, around the corner from the Halifax North Memorial Library he now works at as a community assistant, focusing on teen programming. He went to school at St. Joseph’s-Alexander McKay Elementary (now under review), then later St. Pat’s-Alexandra (now sold to Jono Developments) before heading to St. Patrick’s High School (now demolished). He also spent a lot of time growing up in Uniacke Square, which is how he first appeared in The Coast—as a 16-year-old dreaming of being an audio technician in Stephen Kimber’s 2007 cover story, “Inside the square.”

“If you can think about what Gottingen Street might have been like 15 years ago, there were lots of issues,” Smith says. “Drugs, violence, crime—I was engulfed in it all, but not directly. For some reason I was able to keep myself away from all those negative  influences.”

For better and worse, he’s noticed the changing face of the north end community he grew up in. Old is being replaced by new. Beautiful buildings are rising up, while people already living in the north end are being priced out of their homes. Smith has seen it happen. He’s seeing it happen. Though he hesitates to use the “G” word.

“It’s a buzzword now—‘gentrification,’” he says. “Really that means a community is pretty much disappearing. It is gone. Which is happening, but we’re still here. We need to figure out how we stay here.”

To that end, if elected, Smith is hoping to expand HRM’s public participation process, so all of the municipality’s residents are heard and not forgotten.

That includes the visible minorities who make up eight percent of the municipality’s population—four percent of whom are African Nova Scotian. There have been no black city councillors since Halifax’s first—Graham Downey—lost his seat in 2000 after 27 years as an elected representative. Buzzword or not, the north end’s gentrification and the narrative around Watts’ departure means diversity is going to come up in the race for Peninsula North (among other districts).

“It’s a conversation that needs to be had, but there needs to be a proactive approach to it,” says Smith. “There needs to be some action taken on the community’s side as well. I say this because growing up in this community I always felt my voice was not important. People did not care about what people had to say in Uniacke Square.”

“That’s just something that’s come down through the years, and it’s a deep-rooted issue. Today, working with youth, they feel like their voice does not count because they’re from here.”

“I want to make sure people understand their voice is important.”