Let the Right One In

The writer Douglas Winter once said that horror is not a genre, it is an emotion. It's a fitting sentiment to apply to the beautiful Swedish film Let the Right One In, which takes a played-out horror trademark---the vampire love story---and infuses it with great tenderness and depth. On paper, the plot is deceptively simple. One night, the quiet and tormented schoolboy Oskar (Kåre Hedebrant) meets his new neighbour Eli (Lina Leandersson) a young girl who walks barefoot and coatless in the dead of winter and only comes out at night. In spite of these apparent quirks, a friendship blooms. The film's magic comes from the brilliant performances by the film's two ethereal young leads, and through the direction of Tomas Alfredson, their story unfolds quietly and seductively against the still, icy landscape of a Swedish winter. The film's few moments of brutality leave drops of blood sparkling against the whiteness of skin and snow like jewels. Monday, March 2 at Park Lane, 7pm, $10.

Let Me In is not showing in any theaters in the area. 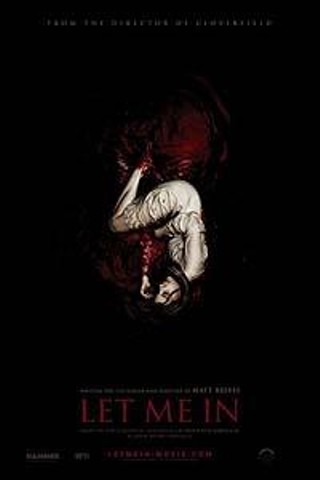