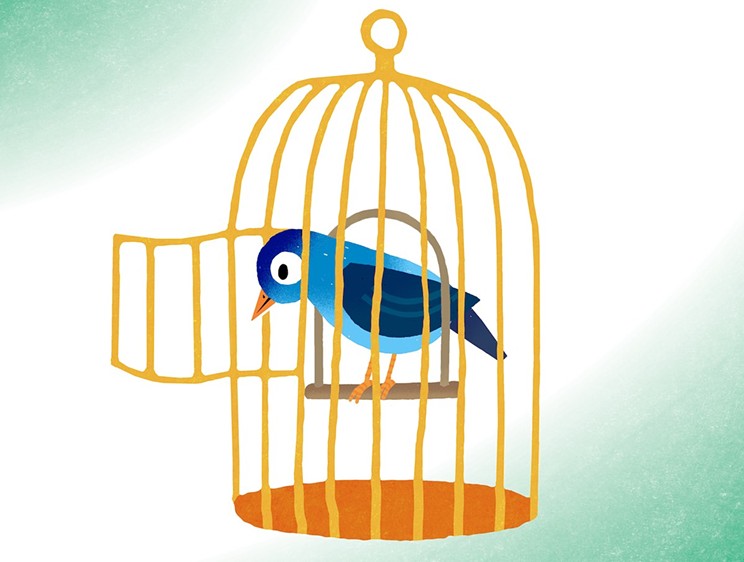 Q I lost my lover unexpectedly last weekend. He was a long-time friend and periodic hook-up, and things were finally starting to turn as serious as I'd always secretly wanted them to be. I’m writing because I don't know what to do with my desire for him, because that certainly didn't die with him. He's the only person I've been with in the past year and a half, and re-reading our old sexts and thinking about the last time we were together has been turning me on. But I feel all sorts of torn up about masturbating to the thought of him. I want to do it, but I haven’t.

We had a trip planned at the end of March, that I am still planning on taking, where he was telling me we were going to fall in love. We had been talking (he was on the other side of the country) and video sexting about all the things we were going to do to each other, and I was looking forward to having the best sex of my life with him (we really connected in bed) while on a tropical island. Now I will be going alone. Is it healthy for me to masturbate about him? I mean, I know he'd love the thought, but it also makes me feel so devastatingly sad. Thoughts? ​​
—Too Heartbroken For Witty Acronyms

A First and most importantly, THFWA, I’m so sorry for your loss—the loss of your friend and lover, and the loss of the future you might have had with him. My heart goes out to you. As for your specific question… 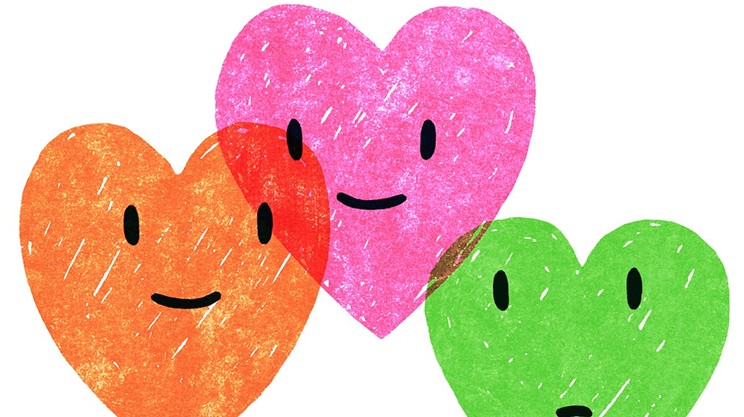 How to deal with jealousy in poly paradise: “I want to feel queerer and a little less mainstream!”

Sub optimal: “I want to be a good gay uncle, but honestly, I'm an objectively poor role model”

But brace yourself for the very real possibility that you’ll be overwhelmed by feelings of loss after you climax. While fantasies have the power to lift us out of the moment, our refractory periods have a way of throwing us back down to earth. You’ll rub one out, then you’ll cry it out. And if that’s what you need, if that makes you feel better, if that helps you feel his presence and not just his loss… there’s more than one way someone’s memory can be a blessing.

QI'm a 22-year-old straight man. My problem is simple but hard to solve: How do I cope with intense sexual desires that cannot be satisfied? I've been dealing with this problem since I developed a libido. I have a lot of sexual fantasies that I cannot satisfy for two reasons. First, because I'm not considered attractive by the people I'm attracted to. Secondly, I am now in a long-distance monogamous relationship.

The relationship is perfect. We have a lot of great sex when we are together, but I cannot try other things I'd like to explore. My girlfriend doesn't want to open the relationship, and I respect that. I honestly love her more than my need to have other sexual experiences. Also, I believe that even if we opened the relationship, I wouldn't have much opportunity to try other things anyway. Seeing as I can't have all the experiences I'd like to—and I feel like a whiny cis-het babyman typing that—what is the best way to cope with frustration? Can I reduce my sexual desire?

I have looked at pharmaceuticals, but they all need medical prescriptions. Would physical activity or certain behavioural therapies help? I don't want this to be a problem for my girlfriend or for me. Am I too greedy? More broadly, how can our society take care of all those people which, for some reason, are excluded from a satisfactory sex life? I hope this is not a stupid question.
—Libido Is Brimming, Intense Desires Obsess

Sex-advice quickies: From dating a friend's ex to dating a sister's ex to drinking pee platonically (?), the questions are flying fast.

Instead of dumping the girlfriend you’ve got because she doesn’t want to open your relationship, LIBIDO, I would encourage you to live in hope. She may not be interested in opening the relationship now, but she might be open to the idea at some point down the road. Most couples in open relationships were monogamous to start, sometimes for many years. A time may come when your girlfriend is not just willing to open your relationship (fully or just enough to let you explore some of your kinks with others), but excited about the idea herself. In the meantime, enjoy the sex you’re having, masturbate about the sex you’d like to have and stop contemplating chemical castration.

QI’m a 35-year-old gay man who spent most of his life in the closet. I’ve been with very few men, and they were all bad hookups. I’ve grown frustrated with the lack of opportunities to meet people, but lately I feel like I need to just be with someone. But I feel like I can’t trust myself meeting people on apps anymore, partly due to fear of STIs, partly due to bad experiences and partly due to my fear of meeting someone who is scary or possessive. It’s gotten to the point where my desire to be with a guy is causing me real suffering. All because I can’t figure out a way to meet someone without risk.

I started talking to one guy on this gay app, and our kinks are fairly aligned and everything he’s saying sounds good, but he also seems like maybe he does this a lot. He kept referring to himself as a “pig,” which I found kind of hot but I’m not sure what it implies. When told that I’d like to have a brief chat before jumping into play, he basically said that he prefers to just “jump right in.” When I brought up my boundaries he seemed to respect them but again emphasized that he likes to play with a new partner right away. He lives in another town but is willing to drive to where I live to meet me. That’s the reason I’m writing you. I need to make a decision here and I can’t. Is it a bad idea to play with a total stranger even if I find the idea hot?
—Suffering Newly Out Guy

AThe world is on fire. Let this pig come see you. Meet the pig in a public place. If the pig gives you a bad feeling—not the bad feeling you arrived with, but some other bad feeling—you don’t have to go through with anything. But if the pig seems nice and you have a good feeling, SNOG, then you can invite him back to your place and have some of that kinky sex you wanna have. (And all “pig” means in this context is, “This dude likes sex and with the right guy or guys he’ll fucking wallow in it.”)

Why is this pig rushing things? Well, maybe he’s been watching CNN and knows the world is on fire—along with at least one of the nuclear power plants in it—and wants to experience the joy and connection of sex with a man he’s attracted to while he still can. And he’s accepted something you’re gonna need to accept if you ever wanna have the sex you fantasize about: There’s no such thing as risk-free sex.

You can minimize your risk for acquiring an STI by getting on PrEP and using condoms or by avoiding penetration and sticking to kink play and mutual masturbation; you can minimize the risk of meeting someone scary or dangerous by watching out for red flags and trusting your judgment. But at the end of the day… you gotta take a chance. And this guy’s willingness to take a chance on you isn’t by itself a red flag, SNOG, as it’s not uncommon for gay men to wanna fuck right away, AKA establishing sexual compatibility before making a huge emotional investment in a potential new sex and/or romantic partner.