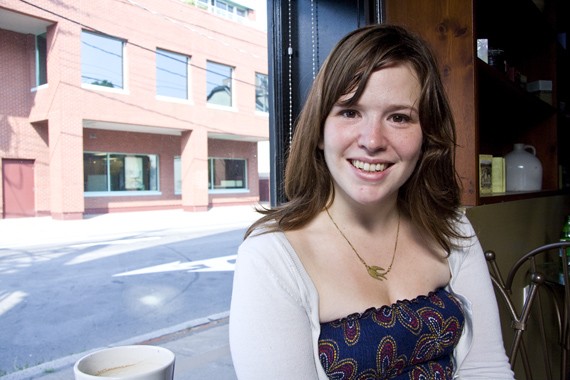 Comic artist Kate Beaton turns the past on its head, with wonderful inside jokes that will make history and literary buffs chuckle.

Sitting in Uncommon Grounds on Argyle, she is hunkered over a new comic about Simón Bolívar and Antonio José de Sucre. Her brown eyes are hidden behind her brown hair as she inks in her pencil drawings of the "celebrated liberator of South America" and his right-hand man.

"My comic could be called Prime Ministers, Generals and Some Other People," Beaton says.

She has a readership of between "40,000 and 60,000" she's been covered by Maclean's and Wired; and she's won the Doug Wright Award for Best Emerging Talent. She's 25, and has just moved back from Toronto. Originally from Mabou, Beaton's childhood emphasized history.

"You're put in step dancing when you're really small...and you're like, 'Well, why am I doing this?' 'Well, it's important. It's part of your heritage.'"

She earned her degree in history and anthropology at Mount Allison University, and she's worked in a number of museums. But when people ask her why Beaton likes history, she finds it difficult to answer. "I like it the same way that people like chocolate ice cream: I like it. It's good."

She has also always drawn, but didn't have the confidence to apply to fine arts in university: "Good old Maritimes defeatist attitude. Stephen Harper would be proud." But after being encouraged by Emily Horne (of former Coast comic A Softer World) to put her comics online, success was sudden.

The site launched in October of 2007 and now, writing the webcomic is Beaton's full-time job. She moved back to Nova Scotia to be closer to her family, but also because she thought she'd be able to afford Halifax easier than Toronto. Beaton makes her living selling t-shirts, books and other merchandise on her site. She says there's some worry involved, because she's not sure how much she'll make each week, but there's also a lot of freedom in it.

"And, I mean, getting to do what you like is unbelievable," Beaton says. She also sells merchandise when she appears at comic conventions, such as the upcoming Comix and Stories in Vancouver on August 23. But she hasn't quite gotten the hang of dealing with fans.

"I don't think anybody is prepared for a big lineup of people, like, 'I'm really pleased to meet you! Oh, I love your comic! Oh my god, it's Kate Beaton!'...When people are excited to meet you, you want to make sure that they are happy that they did, afterward, you know? Instead of being like, 'She was sweating. And she was all red. Then she ran away.'"

Agents and book companies have asked her to write and illustrate books, but so far she's turned them down. "I'm really aware of my limits... I'm glad that people like what they see, but I'll know when I'm there, and I'm not there yet."

Her plans for the future are to just keep doing what she's doing, but "it'd be nice to get involved with the community and find some volunteer [job], since cartooning is a fairly lonely thing...I don't know. I'm not sure. I just got here, but I plan to do things. That's a really boring answer. I plan, I've got plans." 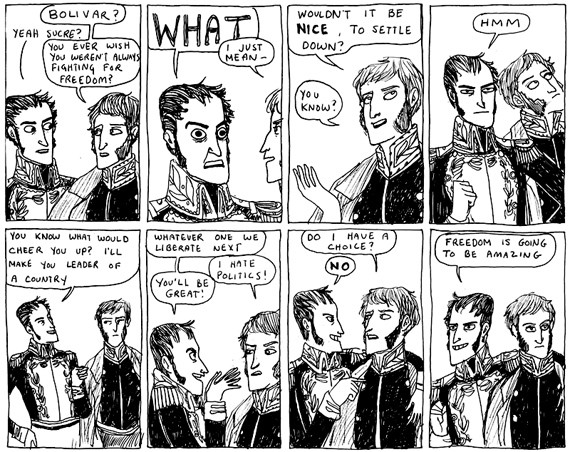 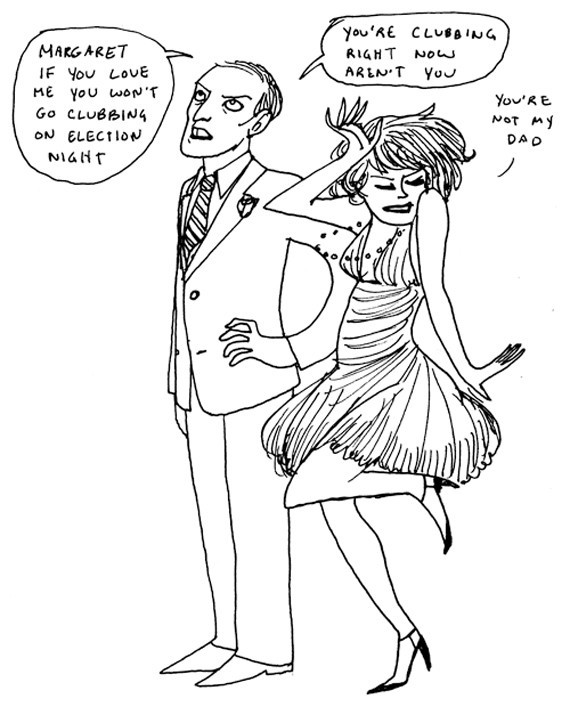