Communications Nova Scotia
“This comes back to the independence of police. So no we have not contacted [the Amherst Police] to see why they did or didn’t lay fines,” justice minister Brad Johns said.

Premier Tim Houston, on the other hand, says "police should be doing their job."

Premier Tim Houston said Wednesday he “can’t understand honestly why the police haven’t advanced their investigation” into the 100-person multi-day gathering put on by the Light Gospel Baptist Church, which led to a COVID outbreak and three deaths. “Police should be doing their job, they should be enforcing the laws,” the premier said during a COVID briefing Wednesday.

But Thursday, minister of justice Brad Johns took a different tone regarding the police response. When asked his thoughts on police action regarding the event that broke public health restrictions, Johns said, “I don’t have any issues about it.” 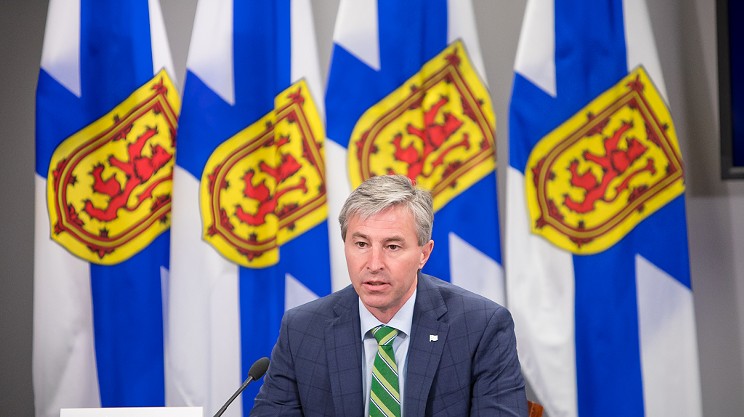 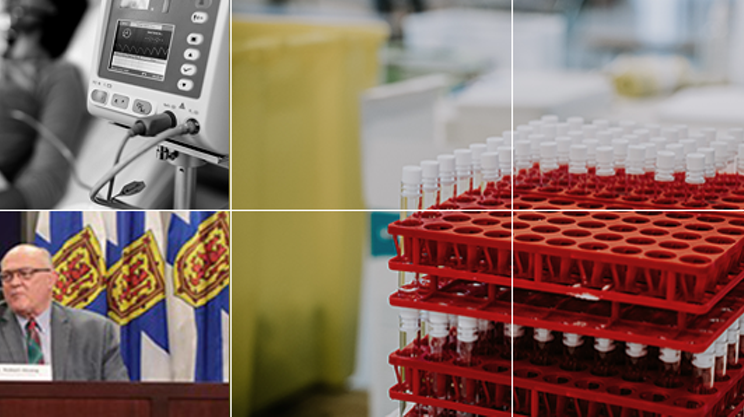 Nova Scotia reports 111 weekend COVID cases and an outbreak at a Pugwash nursing home: The surge in cases and long term care outbreak are connected to a multi-day faith gathering.

“I have more issues in regards to the event that happened and opinions around that than I do of the policing,” Johns said after a cabinet meeting Thursday. “I think the police and enforcement officers are doing what they are.”

Communications Nova Scotia
“My hope is that by substantially increasing fines and increasing enforcement we can save lives,” premier Tim Houston said.

The premier, also speaking following cabinet Thursday, said he’s disappointed with the slow pace of action on this file: “In my mind too much time passed before action was taken, and I hope that’s not the case going forward.”

The province issued a $2,422 fine against pastor Robert Smith of Gospel Light Baptist Church through the compliance and enforcement division of the department of environment Wednesday. Houston says he pushed for this fine after inaction from law enforcement. He said the government fine is a “backstop to the police.”


The premier explained Thursday that these are the highest fine options possible without making legislative changes. “My hope is that by substantially increasing fines and increasing enforcement we can save lives,” he said.


Johns says he doesn’t know why the Amherst Police have not laid fines against the church, but says that’s up to law enforcement. “A lot of this is left up to the discretion of the individual department, I think in this particular case it was things coming to light after the event took place,” he said.


The justice minister hosted a meeting Thursday morning with nine police departments, including Amherst’s, to discuss the new fines and enforcement. Johns did not ask the Amherst Police chief about the progress of the investigation or why no fines have been laid.


“This comes back to the independence of police. So no we have not contacted [the Amherst Police] to see why they did or didn’t lay fines,” Johns said.


While just one fine has so far been issued in connection to the faith gathering, which took place between Oct 15 and 19 in Amherst, Houston says the province is looking at levying fines against additional people or fining for each day of the event. It is not possible to retroactively apply the newly raised fines against Robert Smith.

60 new COVID cases and a briefing scheduled for Wednesday