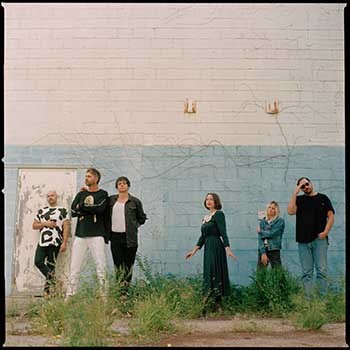 While the falling leaves might make thinking as far ahead as next spring feel impossible, Toronto rock band July Talk will help you visualize: The "Guns + Ammunition" group announced today that it'll play a Halifax gig on April 14, 2023 at The Light House Arts Centre.

Known for its duo lead vocalists who meld honey and granite in their hers-and-his harmonies—and also for its gold-certified debut record and the Juno it nabbed at only two years old—July Talk delivers explosive lives shows. Having toured with the likes of Billy Talent and Tegan and Sara, the band has also warmed the stage for names like The National, Against Me! and Spoon.

The Halifax show is part of an East Coast micro-tour that also sees July Talk playing Moncton on April 15. Both gigs see art-rock soothsayer of sound Nyssa (who was nominated for the Polaris Prize for her debut album, 2020's Girls Like Me) playing an opening set that'll be unmissable.

Tickets for the Halifax gig go on sale Friday, Oct 21 at 10am via Sonic Concerts's website.