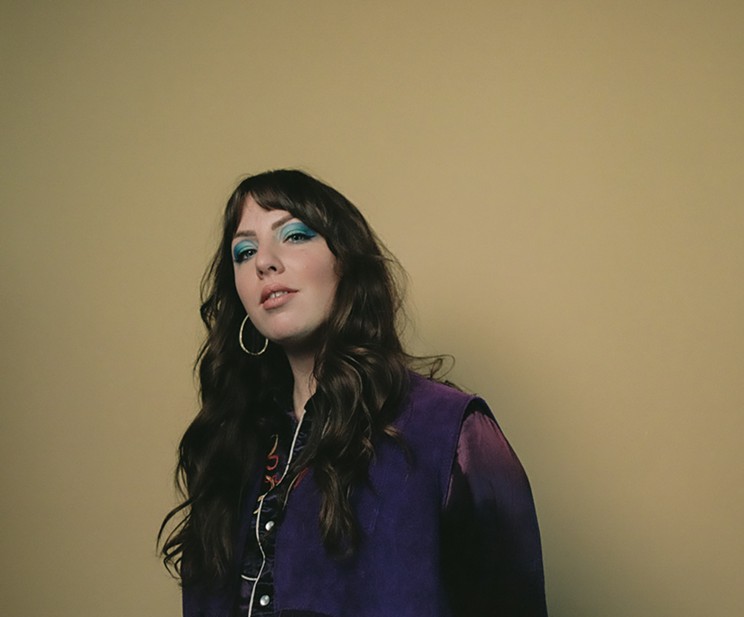 The member of folk trio Les Hay Babies is reviving the 1960s singer-songwriter sound—and its message.

When Julie Aubé arrives at The Carleton on August 29 for her Halifax Urban Folk Festival show, she’s bringing a sonic time machine with her. A third of the acclaimed, Acadian/New Brunswick folk trio Les Hay Babies, Aubé is no stranger to building vintage-doused walls of sound (there’s a reason why she describes the band as a “girl group” when speaking by phone with The Coast—and that reason is found in warm guitar and soft harmonies that feel lifted from the 1960s). But this time, it isn’t The Eagles or Crosby, Stills, Nash and Young she’ll be compared to. Instead, listeners’ ears will immediately conjure the grand dames of the counterculture singer-songwriter movement, all sparkling string arrangements and clear, clean vocals considered.


Inspired by the peace-and-love messages of Joan Baez, Joni Mitchell and their cohort, Aubé spent the pandemic making songs about the need for togetherness and unity: “I was so heartbroken over how social media makes us so divisive. It’s like, if we have a different opinion, we’ll just disregard people we've known forever because they're conservative or they're liberal or whatever,” she says. “And so I think those messages are still important because we're still so polarized even though we have more access to information. I saw how detrimental social media and ‘being right’ was like within my own family, my own friends. And I just thought, if anything, it's not the time to be shunning people for their opinions—even if they're not the same as your own.


The result? Her upcoming album Contentment, out September 9. Liquid sunshine in sound and decidedly hopeful in content, a hefty slice of the new material will be on her HUFF setlist—but the psychedelic-soaked songs of her solo debut, 2017’s Joie de vivre, will also be included.


“It's like, I barely have time for it: I'm inventing time for my solo album,” Aubé adds, saying what separates a solo song from a Les Hay Babies offering is “it's not a collaborative work. And I think when I write something for myself, I can let it be a little bit more personal or I can write about things that only pertain to me, or a story, or something I'm going through. So, it's just a little bit more personal.”


When asked how she hopes both the new album and her HUFF set will leave audiences, Aubé struggles to translate a francophone phrase. “I can't think of the word in English,” she says after a few seconds. “But I just hope people hear about the concepts of just being understanding and empathetic and be like: Yeah, OK, I get that. We do need more of that. And what does that mean to me? How am I implementing this in my life?”