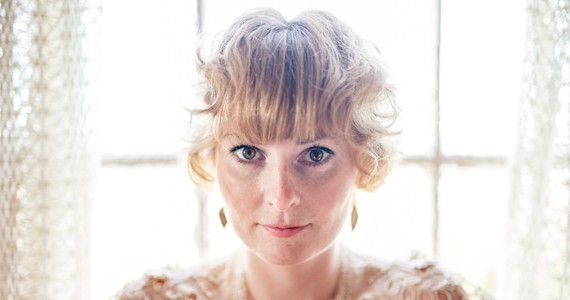 "I wanted to make an album that had some subtleties and groove, and I also wanted it to be a really enjoyable listening experience for people, so it's been really enjoyable to play it," says Jenn Grant, one of Halifax's shining singer-songwriters. She's currently touring her latest record, Compostela, a Spanish word that means "field of stars." The title couldn't be more perfect.

Recorded at home in Lake Echo and produced by her husband Daniel Ledwell, Grant's follow-up to 2012's award-winning The Beautiful Wild is a galaxy of Canada's brightest voices.

"For each song with a guest, when they recorded their vocals, it added something to the song that I didn't even know it needed," says Grant. "Then we fell in love with the songs again."

Grant admits every chord on Compostela is struck for love. After her mother's death in 2012, right before the release of The Beautiful Wild, Grant began the difficult process of grieving. "It came in different forms for me. I couldn't write until about a year had passed," she says. "And through that year, I feel like I was given the gift of seeing how death is a part of life, and it's kind of beautiful. Of course, death comes with fear and the pain of loss. But it's an important thing to learn because you get more out of life if you can learn to cope with death."

When she was ready, she went out into Ledwell's camper trailer and committed to writing all day, every day until she had an album, which turned the healing process into a creative one. "I tried to take the best parts of what I learned and let it come through the music," she says. "I didn't know I was going to write about losing my mother, but I'd say that my mother's spirit will come through in my writing for the rest of my life. There are other stories on the record, too, but it's a lot about her. It's just that I've always felt like I get my songs from somewhere else, so to have someone on the other side who was so beautiful and loving made writing a little easier."

Despite the heartbreaking context of Compostela's creation, the album radiates elation while it cascades through warm emotion and contemplates the beauty and mystery all around us. Grant acknowledges her recent influences Father John Misty, Damien Jurado and "Sugar Man" Rodriguez, and quirky twinkles like the freak-folk of Joanna Newsom can be found throughout.

Grant is excited to share the record and perform three intimate shows at The Carleton on Tuesday, Wednesday and Thursday night with a few of the album's special guests.

"For me, releasing a record is fully a sense of release because you have to let go of it. Once it's released, it's shared," she says. "The act of songwriting isn't fully realized until the songs become other people's songs, and become part of other memories, landscapes and thoughts."