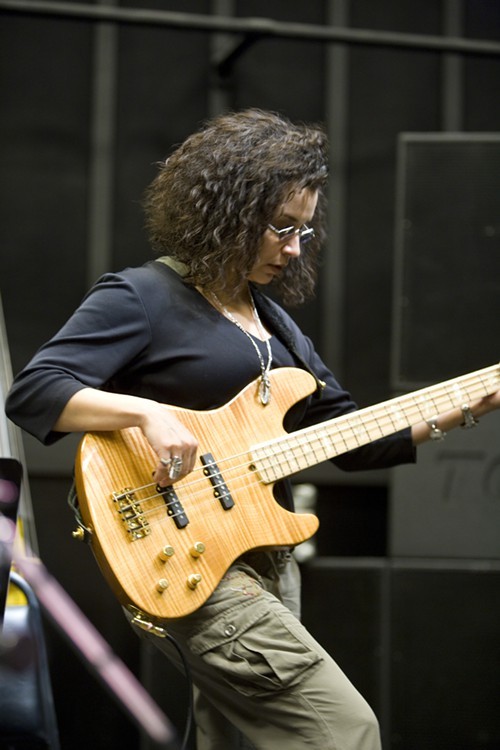 Tonight, when you're sitting in the Metro Centre with your mom and dad, watching them rhapsodize over Jeff Beck, you might want to sneak a glance over at the stately woman accompanying him on bass. Rhonda Smith was born in Halifax and moved to Montreal as a child. There she became immersed in the jazz scene, and started learning to play her brother's bass, among a number of other instruments. After spending a number of years studying jazz and playing for high-profile Canadian musicians, she went to Germany for a convention and ran into Sheila E. by chance. Yeah, that Sheila E. The PRINCE Sheila E. And as it happens, Prince was in the market for a bass player, no big deal. She spent nearly a decade playing for Prince on tour and on his 2003 album Xpectation, and went on to play bass for the likes of Chaka Khan, Little Richard and T.I., among many others. (T.I.!)

Smith is currently promoting her sophomore album RS2. For more information about the album and her biography (which I've barely scraped here, by the way) you can visit her website. Big ups to this uber-cool Haligonian woman and all her successes.