His latest piece’s Canadian debut will challenge and confront. 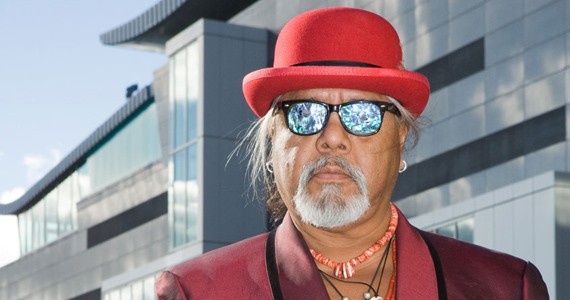 Acclaimed artist James Luna's Ishi: The Archive Performance makes its Canadian premiere at this year's Nocturne, and he's not sure how it'll go over. "I don't know what kind of audience I'll have in Halifax. I tend to think that people still aren't that acquainted with performance art, if there's laypeople thinking 'Here's a nice Indian storyteller going to tell us a story,'" he pauses, chuckling softly. "Well."

The story of Ishi isn't nice, and Luna's artistic take on his story will challenge and confront. Ishi was the last member of the Yahi, a group of the Yana people in California. Hungry and alone, in 1911 he walked into Oroville, California and was taken into custody, living in the University of California Museum of Anthropology, where he was studied. "I had people asking me for years, 'When are you going to do something on Ishi?'" says Luna. Luna became Ishi for a portrait in a photo series, and began to further research his life. "As I worked through thousands of archival shots, I noticed the sadness of it all. I'm giving emotion through archival photos and video—plus another section of Ishi in the here and now, mowing the lawn, BBQing, drinking."

Luna's piece involves these archival videos and photos, a scrolling narrative ("Think Star Wars, my video guy says," says Luna) and Luna's powerful monologues giving a voice to Ishi today. "I've become a master of the monologue now," says Ishi. "I think I can give a pretty good one." Some are a few words, some are longer, but all are expressive. "Getting mad is easy," says Luna.

Luna discusses the work of Rebecca Belmore, a Canadian artist he admires, and a younger wave of Canadian indigenous artists channeling that same emotion. "Unfortunately people are just discovering something that's been right in their face," he says. "There's a review now and then, but often it doesn't pertain to an element of the work. It might focus on the native part, or the social and political statements they're making. I crave critical review. I want someone to say 'that was a great artistic decision he made, the timing was exquisite, the use of lighting brilliant.'"

In the name of art, Luna routinely places himself in uncomfortable situations: He once described his Take A Picture with a Real Indian performance piece—where Luna stood in Washington, DC and tourists took photos beside him—as "humiliating."

"Once you become aware of that you strategize and use it appropriately. There's a piece in the show where I go out to the audience—and it might put them in an uncomfortable or humiliating situation," says Luna. "This has been one of the most emotional pieces I've done in a while, it takes all I can to get through some lines. I think 'OK, if I feel this way then they'll feel this way.' So I have to get through it."