J-Bru’s the King of Halifax

With a new album on the horizon, J-Bru will be honoured at the African Nova Scotian Music Awards. 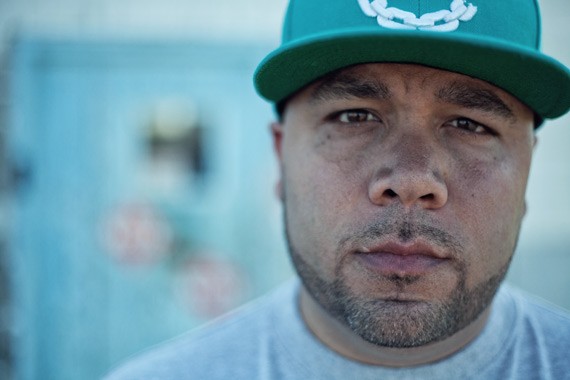 J-Bru is “letting loose a bit and having fun, where I’m usually so serious.”

Saturday's African Nova Scotian Music Awards ceremony celebrates some of the brightest and best talents in the city, and veteran Halifax hip-hop artist J-Bru is no exception. J-Bru (AKA Jason Bruce) is up for his second artist of the year award and will receive the ANSMA Development award for community service and working with youth.

Kicking off spring with a new album, Sovereign (May 5), J-Bru turns up the attitude. "I'm a little more cocky than usual. It's a Watch the Throne-type album that's basically me staking my claim as the King of Halifax hip-hop," he says. "And there's no way to be subtle there."

Sovereign—his eighth album marking 14 years of rapping—is on the whole a bit lighter. "On this album I'm letting loose a bit and having fun, where I'm usually so serious. It's taken me that long to have the courage to make something outside the box and I think my core fans will appreciate that."

J-Bru runs his own label, Bru-Print Music, recently signing PEI-based rapper Cavy. His love of the local scene is like that of a strict teacher who just wants to see students live up to their potential. "Skill-wise I don't think any other region in Canada touches the rappers we have here, but a lot of these young emcees expect doors to open without putting in work," he says. "Making a mixtape and shooting a video in your backyard doesn't give you the right to hate on others in the city trying to do the same thing. On the positive side though, I don't think there has been a better time for Halifax hip-hop and I'm excited to see where it will go when I'm long gone."