It’s good to be King of Berlin

The Doppler Effect’s “queer ghost cabaret” mines the past and future. 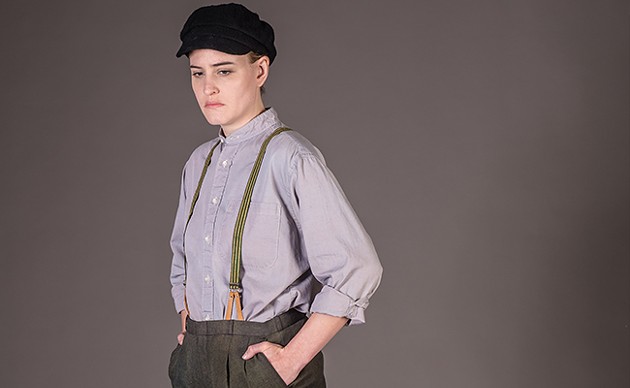 The Weimar era of Germany encompassed a cultural renaissance sandwiched between the two World Wars, where art and intellect reigned until Hitler rose to power in 1933. (Cabaret is a great example.) It's the inspiration and partial setting for King of Berlin, The Doppler Effect's first show since Heroic in the 2015 Fringe, starring Margaret Legere as Astrid, a former drag king trying to protect her community from aggressive Russian soldiers.

"After I went to Berlin for the first time, I got very fascinated by this fact of Berlin in different eras," says Haligonian playwright Kristin Slaney from her home in New York. "During the Weimar era of the 20s it was an unbelievably open place, a very openly queer place, with such a sense of music and history. And then the stark contrast of when the Nazis came to power—that went away.

"I was also interested in how the events of that time would pertain to women who were queer and technically straight-passing—they were able to hide who they were."

Slaney, who began working on the piece in 2011, wrote the text and lyrics, while Garry Williams composed the music for what director Annie Valentina calls a "queer ghost cabaret." "There are so many aspects of the past that have not been excavated," says Slaney, who as a writer often mines either the past or speculates on the future or sometimes, as with King of Berlin, both. "It's looking at the mistakes of the past, and looking at the resilience of the past," she says, "in order to comment on the current moment."