Big screen treatment for a big literary prize, tonight at the Writers' Fed.

All the book peeps turn in their corduroy jackets for tuxes (nothing like perpetuating a stereotype) for the Giller Prize ceremony, one of the country's biggest literary nights. The Atlantic Book Awards Society wants you to be part of the festivities: they're throwing a party down at the Writers' Fed (1113 Marginal), tonight, from 8-11pm, with food, drink and a large-screen streaming of the event. 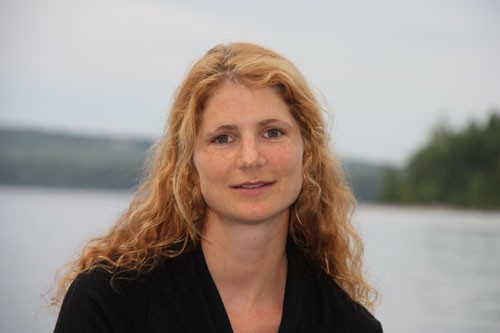 Join the local literary community to cheer on Nova Scotian writers Johanna Skibsrud (The Sentimentalists, Gaspereau Press) and Alexander MacLeod (Light Lifting, Biblioasis), both up for the prize. Tickets are $12 adv (455-5251, dfaulkner@nimbus.ca); $15 at the door. You can also watch it from the comfort of your futon, live on BookTelevision, Bravo! and CTV.ca. CTV also will air the show on Wednesday.

And if you're loving Skibsrud's outfit, or fellow nominee Sarah Selecky's dress, look no further than stylish Halifax writer Heather Jessup, who went on shopping expeditions with both writers to pick out tonight's look. I was only half-joking when I suggested that she could have her own literary-style TV show called Jessup Dress-up. Anything that gets people reading and makes them ditch the flood pants should be a hit.