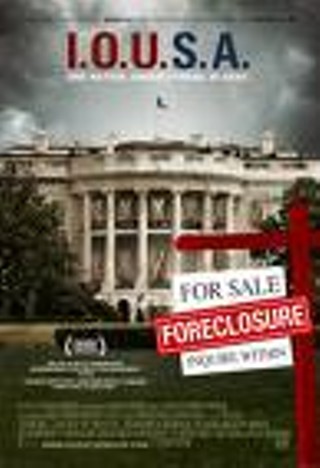 Patrick Creadon's last feature-length documentary was Wordplay---a zippy film that followed the math-inclined word-savants who love, create and competitively solve crossword puzzles. Apparently, Creadon decided it was a good idea to follow up Wordplay's low-stakes fun by scaring the crap out of people. Enter I.O.U.S.A., a terrifying look at the United States' mountainous debt problems---most unrelated to the current recession---and the impending decline of the American empire. Creadon lays on the "we're jeopardizing our grandchildren's future" dramatics a little thick. But I.O.U.S.A. is an otherwise engaging, smart, clear documentary about stagflation and trade deficits---seriously!---and a supremely scary horror movie.