Screaming for Vengeance are made of metal

i want this jacket. now.

Dave Burns first heard Judas Priest purely by chance. “My cousin Vance was cleaning out his tape collection and passed me a copy of Priest Live,” he recalls. “I freaked out on that tape. I wore it down pretty good.”

Years later, after witnessing the likes of 2 Minutes To Maiden and Gunts and Roses, the affable guitarist decided it was time to assemble his own tribute to the Gods of Metal. Burns, who plays full-time in Thy Flesh Consumed, reached out to similar-minded folk in the Halifax metal community, eventually filling out his dream lineup with Chris and John MacIsaac on bass and drums and Jon Blois on guitar. There was still the matter, however, of finding the perfect Rob Halford—-a singularly difficult task. Burns had heard that Broken Ohms’ lead singer Peter Hubley was a Priest fan and had the vocals to match. One night at Gus’, Burns hunted Hubley down. “I made him sing right on the spot, right on the sidewalk where everyone was taking their smoke break,” he says. Hubley’s perfect vibrato and considerable range turned everyone’s heads, andScreaming for Vengeance was born. 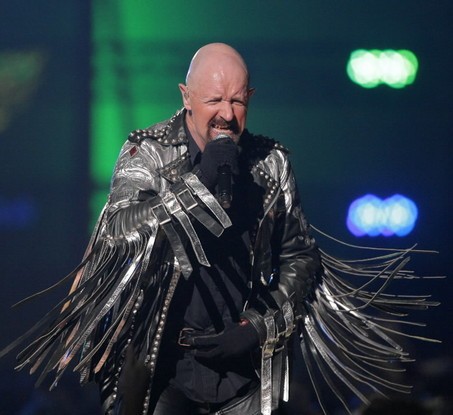 Since then, the band has embarked upon a rigorous practice schedule in order to match the original sounds as closely as possible. “The rehearsal regime is pretty harsh sometimes — the songs Priest wrote were awesome, sometimes greatly progressive, and we have to be pretty open about mistakes,” says Burns. “You can’t play in a metal band and expect everyone to spare your feelings. It just doesn’t work.” The band covers a wide swath of the Priest back catalogue—-“Everything from Rocka Rolla to Painkiller,’” says Burns—-and he says primarily, the band exists so its members can share their adoration of their beloved Priest. “It’s all about defending the faith,” Burns says, “and that faith is heavy metal.” 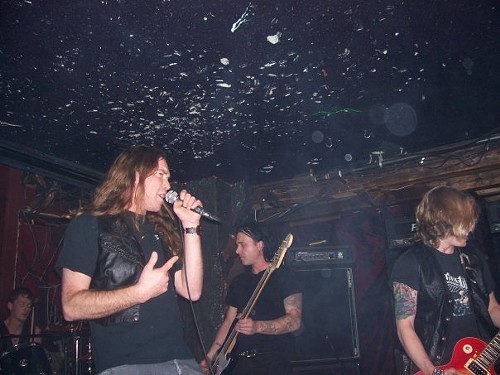 Screaming for Vengeance play with 2 Minutes to Maiden on Friday May 7 at the Seahorse. 10pm, $8.