The Wilderness of Manitoba brings its Joni Mitchell-inspired sound to the east coast. 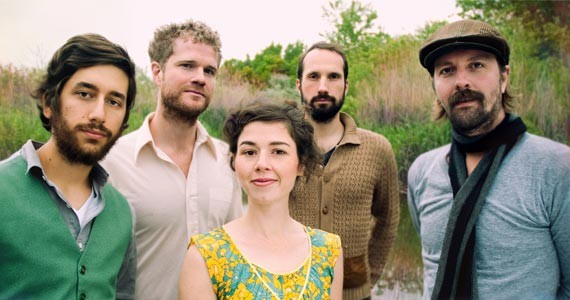 “I was never too far from a Simon and Garfunkel record,” says TheWilderness of Manitoba’s Will Whitwham.

Toronto-based folk group The Wilderness of Manitoba will be promoting its third album at The Carleton on Tuesday, April 9. In Island of Echoes, Will Whitwham and Amanda Balsys harmonize with newest band member Wes McClintock to create a smooth sound that begs for nostalgia. Along with percussionist Sean Lancaric, everyone in the group has an instrumental influence; Whitwham on piano, Balsys on violin and guitar and McClintock on bass. Inspired by distance, memory and Joni Mitchell, Island of Echoes was written primarily while the group was away, touring the United States. Rooted in folk music---"I was never too far from a Simon and Garfunkel record," says Whitwham---the band's first studio record also shows a hint of rock. Whitwham says that's the result of working in a studio and having the ability to create a more refined sound. So don't let the Toronto roots sway you---The Wilderness of Manitoba is bound to capture the heart of the east coast.