A snapshot of Halifax’s cocktail culture. 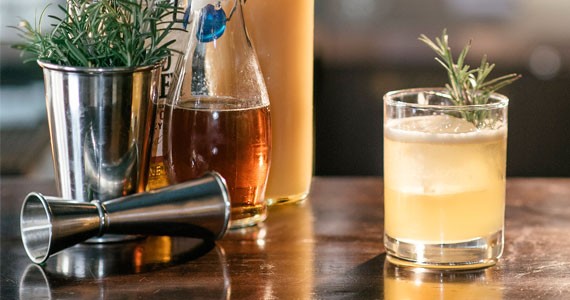 One hundred years ago, Halifax dried up. On June 30, 1916, Prohibition swung into effect on a pendulum of temperance that didn't drag its way back for 13 years. And actually, that pendulum has never swung all the way back: There are still 105 areas subject to dry laws in Nova Scotia. Until the government gets around to peeling off that antiquated red tape, communities like Englishtown and Woods Harbour wear an X on their collective hands, requiring a plebiscite to open a bar or lounge, with over half of them needing a vote to open a liquor store.

After Prohibition ended in 1930, it was only legions, military messes and private clubs that were licensed to sell liquor. In 1948 there was an amendment to liquor law that allowed beer in public taverns—which, like every private bar, only served men—and a combination of beer and wine to be sold in restaurants. The Seahorse was the first of those sudsy taverns, obtaining its license from what was then nothing more than a Tavern Committee. After a push from the tourist industry, in 1961 the Liquor Control Act created the more official Liquor Licensing Board, which sought public consultation and expanded the market to include licenses for clubs, beverage rooms, dining rooms and lounges, bringing Nova Scotia more in line with how licensing worked in Ontario and Quebec. And—hallelujah!—women were finally welcomed to publicly drink in Ladies Beverage Rooms.

With that began an age of drinks and clinks as cocktail culture officially came to Halifax. If you really want to put a pin in it, it was 1963 when beverage rooms and lounges started popping up in earnest. The Flamingo Restaurant and the Fountain Restaurant were trailblazers with their respective Tropical Lounge and El Strato Lounge. And The Chart Room opened in the Nova Scotian Hotel, which is where this story begins.