Getting ready in case of emergency

How that new Emergency Measures plan is working out. 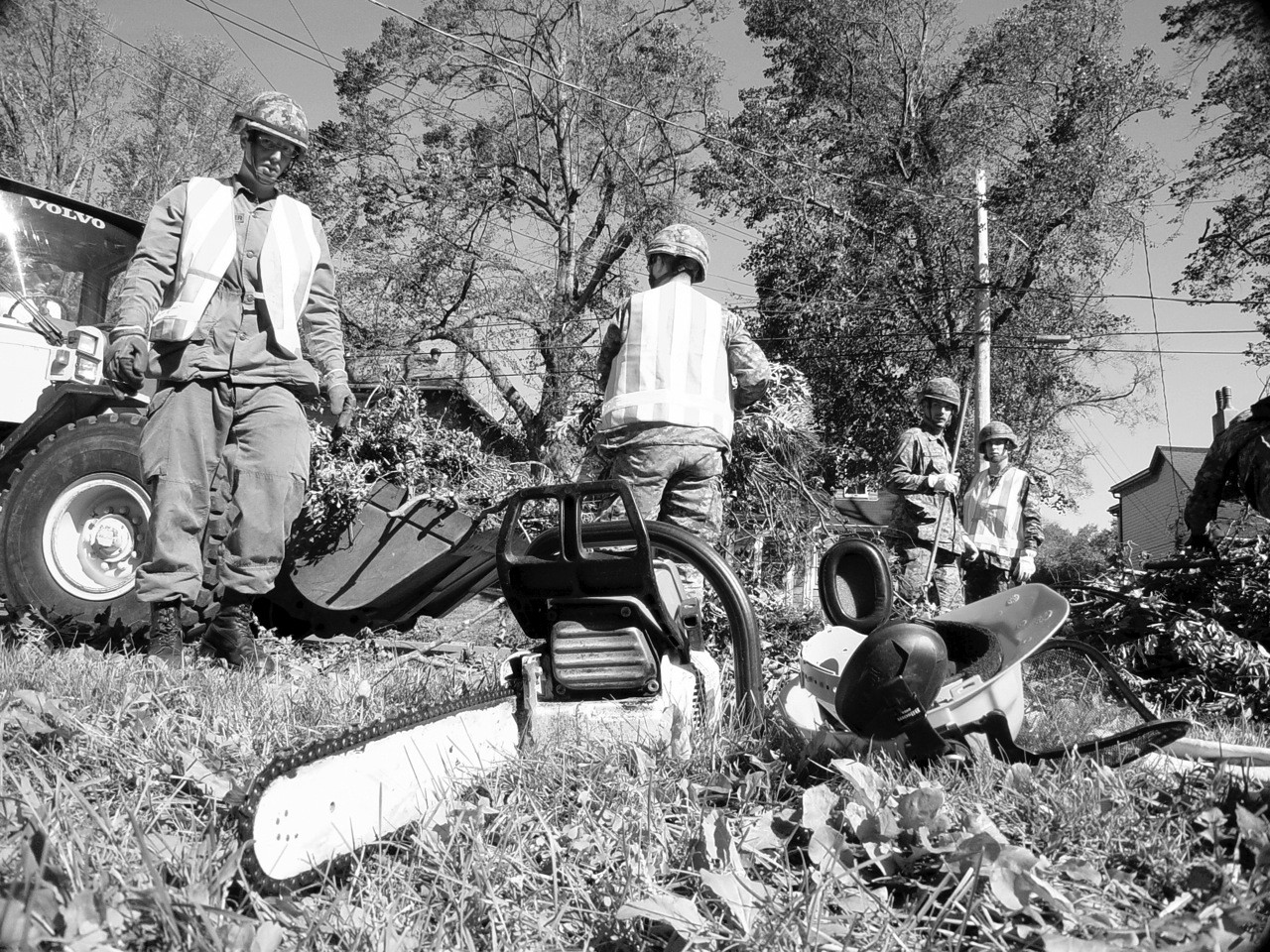 Hurricane Juan’s whirlwind visit to Halifax left the SuperCity stunned at the damage and struggling to clean up after one of the biggest messes in its recent history. It’s the kind of disaster that you’d think would leave emergency responders such as the police, fire department and ambulance services scrambling.

They’re working overtime, to be sure, but the Emergency Measures Organizations which coordinate emergency response in situations like these, has learned a lot since the Swissair tragedy that gave it birth, and from 9/11. John O’Brien, spokesman for the municipality, says, “Unfortunately we’ve had too much practical experience” in dealing with disaster, but that experience has led to a relatively quick recovery operation after what he says is the worst hurricane the city has seen in 50 years. “The EMO is the backbone of the recovery,” says O’Brien. If it didn’t exist, all the different agencies would be doing their own thing, but with the EMO in charge, he says, “It’s people issues first, property issues second.”

That said, O’Brien adds, “A lot of it comes down to power.” The municipal EMO is leading efforts to restore power to HRM and mayor Kelly has called in the military to help, a process O’Brien says has been made quicker in HRM by having all three levels of EMO located under one roof. Eighteen teams of military personnel, a total of about 600 people, have been working to clear debris from streets. By Wednesday, he said, there should be 800 military personnel helping out.

One unexpected problem for the EMO, according to Mike Lebrecque, HRM’s director of real property and asset management, is “resources outstripping ability to plan,” with plenty of hands available to help, but not enough equipment for all of them to use.

Nevertheless, Sheliagh Tulloch, public information officer for the provincial EMO, maintains that “from an organizational point of view things are going quite well.” The provincial EMO was activated at 1pm on Sunday, several hours after the municipal EMO, and after preparations at the Emergency Operation Centre to make sure its equipment was up and running. Each provincial government department is represented at the EMO by an emergency planning person. “They sit at the table along with representatives for outside agencies like Aliant and Nova Scotia Power,” meeting for debriefing sessions or situational reports, where they talk about problems that could arise and hypothesize how they could pool their resources. The most important thing, says Tulloch, “is that everyone is talking.”

Bob Brown, acting director of operations for Emergency Health Services, says he and his paramedics had been planning for the hurricane since they were first notified of its approach by Environment Canada. “We expected the worst and we certainly feel that we got it,” he says. The EHS’s communication centre, he says, has been acting as a liaison for police and the EMO and paramedics on the ground.

Fire department chief director Mike Eddy claims the fire department has received 10 times the volume of calls it normally would, concerning everything from structure fires to downed power lines, to false alarms. He was at the Emergency Operations Centre through the night of the hurricane Sunday, as well as most of Monday and Tuesday. The strength of Halifax’s emergency services, he says, is that they plan for the reality that, “Emergencies can happen here.”

When 9/11 happened, the EMO had problems getting accurate information and communicating with the feds. The biggest challenges after Juan, besides restoring power, are also human-made, not hurricane-made, ones. Sergeant Don Spicer, a spokesman for HRM’s police department, says that he and other emergency responders may be equipped to handle fallout from the hurricane, but some of the very people they’re trying to help are hampering those efforts.

On Monday the police received 618 calls, about three times the normal number, including false alarms and accident calls—and, according to George MacLellan, HRM’s chief administrative officer, there’s been an “abnormal spike” in the number of break-ins. Plus some people who went sightseeing to view damage caused by Juan needed to be rescued from flooded areas, putting themselves and police officers in danger.

The Nova Scotia EMO has been around for 50 years and is constantly revising its emergency plans. “You can never anticipate everything that might happen,” says Tulloch. She says the EMO takes an all-hazards approach to emergencies. It’s one that seems to be working, allowing the various emergency responders to act quickly and with flexibility in the face of pressing need.

Fire chief Eddy is proud of the way his people are doing “much more” than putting out fires. They’ve been feeding people, providing generators and drinking water from 20 fire stations to people whose well pumps aren’t working. But he stressed the importance of what SuperCitizens can do to help themselves, using the watch words “neighbours helping neighbours.” Mayor Kelly also welcomed the help that citizens have been offering to vulnerable seniors—just as long as people don’t interfere with power crews.

Hurricane Earl may drop in on Halifax

Your horoscope for the week August 5-11