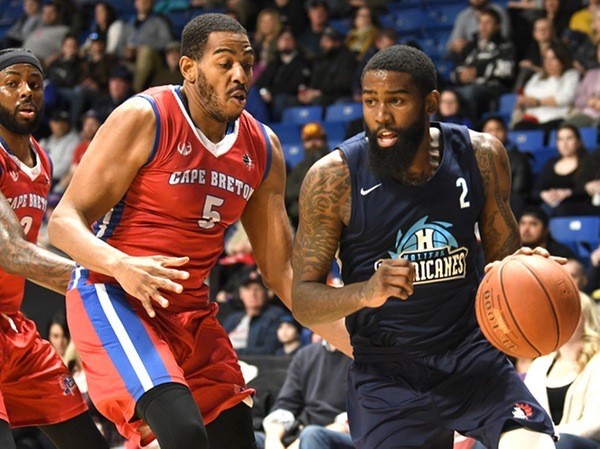 The Halifax Hurricanes lost a harrowing game 105-94 in overtime Wednesday night after a last-minute scoring push by the Cape Breton Highlanders. The National Basketball League playoff series now stands at two games apiece. The tie will be broken Saturday night, the winner advancing to the Atlantic division finals. Tickets at the Scotiabank Centre went on sale Thursday at noon.

Hurricanes fans living on the other side of the Armdale Roundabout may want to leave early to make the game on time, thanks to the Quinpool Road exit's ongoing closure. Plus the Highway 102/103 interchange project near Dunbrack Street will be active all weekend, causing detours as bridge girders get replaced.

Andrew Bethune
Quinpool Road will look like this until October at least.

Construction season will make things even more annoying later in playoff season. If the Hurricanes win Saturday, they'll be playing another series, just like the Mooseheads of hockey, who are getting ready for their third round matchup. Game schedules aren't set yet, but they might overlap with MacKay Bridge maintenance, which is causing lane closures most weekends in May.


Traffic snarls will certainly affect the Memorial Cup, the Canadian Hockey League's championship, hosted in Halifax by the Mooseheads May 17-26.

Yet to be scheduled this year are the Cogswell Street interchange project and the Bedford Highway project.


For any events you plan to attend this spring and summer, you can expect very congested downtown traffic and little to no parking, whether you like sports or not.