The Coast
Hurricane Fiona made such a mess of Nova Scotia that the Canadian military has been called in to help with clean-up efforts.

“I believe we did a very very good job,” says Bell's Geoff Moore. “We did everything we could.”

The sounds of whirring chainsaws and buzzing generators are filling the streets of Halifax as the city recovers from Hurricane Fiona, which made landfall as a post-tropical storm near Canso in the early hours of the morning on Saturday. While writing this story I’m surrounded by the sounds of people chatting and eating a much-needed warm meal at a very busy Freeman’s Little New York on Quinpool Road, because I’m one of the 234,442 “affected customers” still without power in the province as of Sunday afternoon.

That number is steadily going down as Nova Scotia Power crews work to get our electricity back up and running. According to a statement put out Sunday afternoon, over 50% of customers in HRM have been restored, but some of us may not have power for several days. In a news conference on Sunday afternoon, Matt Drover of NSP explains that crews couldn’t begin restoring power in much of the province on Saturday because the winds were still too high, but with the storm leaving Nova Scotia behind as it continued moving north, the restoration is full speed ahead. “This is a big day for us,” he says on Sunday. He adds that more than 1,000 workers are already on the ground, with more on the way from Ontario and Maine. The Canadian military has also been called in to help with the restoration efforts and clean-up. 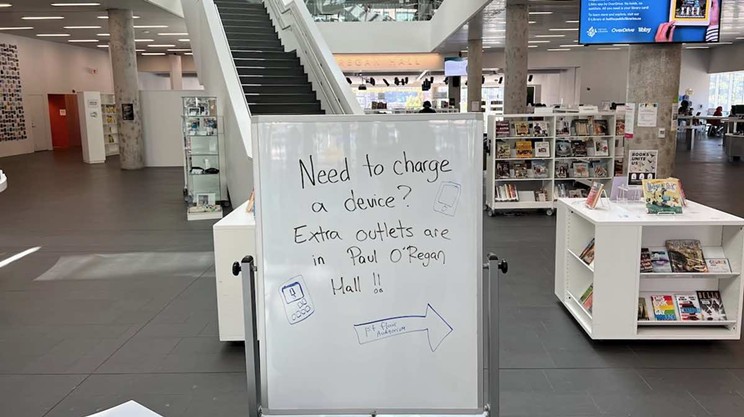 What's open (and what's closed) after the storm: A list we are updating as often as spotty internet access allows.

Of course, we didn’t just lose electricity due to the storm. Phone service and cellular data has been spotty at best for many since Friday—another reason I’m using Freeman’s as an office. Geoff Moore from Bell was at the news conference to defend the service provider. Given the size of the storm and the extent of the damage, “I believe we did a very very good job,” he says. “We did everything we could.”

Lost service was a problem during 2019’s Hurricane Dorian, too, and Moore is adamant Bell learned its lesson back then. Bell had extra fuel and generators on hand before Fiona, he says, but given the extent of the power outages, the generators couldn’t keep up and Bell’s backup batteries ran out during the storm. Teams are currently bringing backup generators to sites that don’t have permanent generators. He says Bell will get service back to normal as soon as possible.

The Canadian Red Cross has put out an appeal for donations and the federal government will match them, Bill Lawlor says at the briefing. He says 176 people in Nova Scotia stayed at Red Cross shelters overnight during the storm.

Nova Scotia hasn’t reported any deaths or serious injuries due to the storm. PEI has reported one death, the cause of which is not determined, but according to preliminary investigations a faulty generator played a role. Details about the individual have not been released. A 73-year-old woman in Port aux Basques, Newfoundland was reported missing after being swept out to sea. Her body was recovered from the water Sunday afternoon.

Starting Wednesday, September 28, you can drop off tree debris at the following locations:

Comfort centres—where you can charge your phone, have a meal and get information—are still open at the following locations:

In the aftermath of the storm, the Nova Scotia government is asking people to: