Hundreds gather in Halifax to march against violence

The city comes together after a shocking string of murders, but what happens now?

The Coast
The crowd makes its way downtown. Drinks and snacks for the youth marchers were handed out by EDNA on Gottingen Street.

Over 600 people took to the streets of Halifax on Sunday afternoon in an effort to “stop the violence” that has left three men dead in less than a week.

Stop the Violence founder Quentrel Provo organized the day’s event. Walking alongside several young children and a heavy police escort, Provo personally led the crowd from Novalea Drive in the north end all the way downtown to Grand Parade.  Marchers young and old clapped, cheered and chanted for peace as they walked the route. 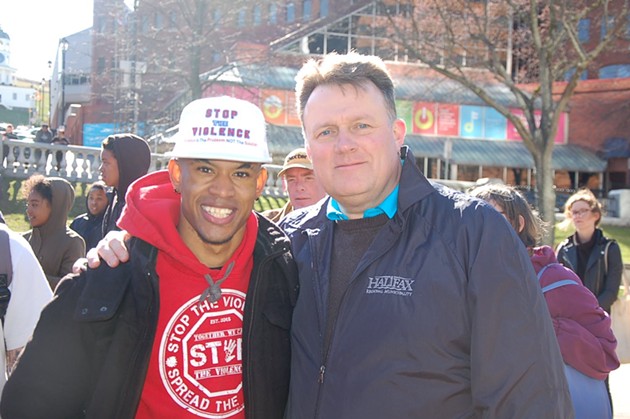 Despite the strong showing of support, some community leaders were skeptical that the march could solve the deeper societal issues fuelling much  of the city's crime.

“At the end of the day, nothing can be accomplished with the march,” said Lindell Smith. “That’s just the nature of the beast.”

The city council candidate praised the rallying spirit of the day, but said it will take a stronger commitment from governments to address the systemic social issues causing much of the city's violence—issues of education, access to health care and prison reform.

“As a community, we’re in crisis,” Smith said. “The violence is only going to stop if we get together as communities and do something.” 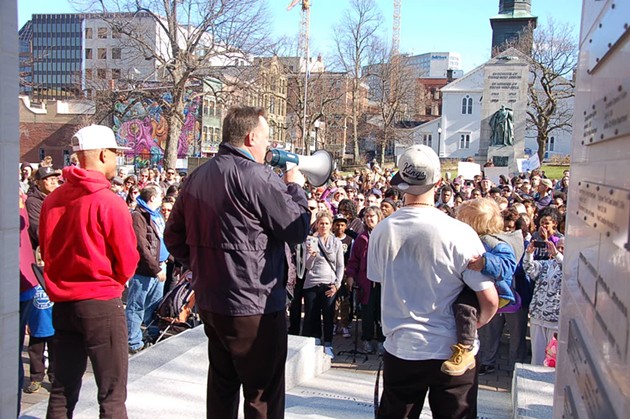 Sunday’s march comes after a string of homicides that have claimed the lives of three men in seven days. Early Saturday morning police responded to reports of gunfire in North Preston to find the body of 20-year-old Daverico Downey. It was the seventh homicide (so far) in 2016.

That death comes just four days after 23-year-old Naricho Clayton was gunned down on Gottingen Street, and less than a week after the murder of former Rainmen player Tyler Richards the previous Sunday.

Several marchers out at this weekend’s rally held signs and wore t-shirts memorializing Richards.  Chants of “Stop the violence, keep the peace,” were quieted for a moment of silence as the crowd passed the Gottingen Street corner where Clayton lost his life last Tuesday.

The Coast
The crowd raises its hands in a show of solidarity and peace.

“This violence that we are seeing this week, didn’t just start this week,” the reverend Kirby Spivey told the assembled crowd. “This is the violence that has been swept under the rug, for how many years?”

Like Smith, Spivey questioned the practical effect a march against violence will have, but called it a powerful first step.

“What can a march do?” he asked. “A march can bring all these people together, and if we get all of our energy together and work for one common cause—and that is true community, true equality—then this thing that happened this week won’t happen anymore.” 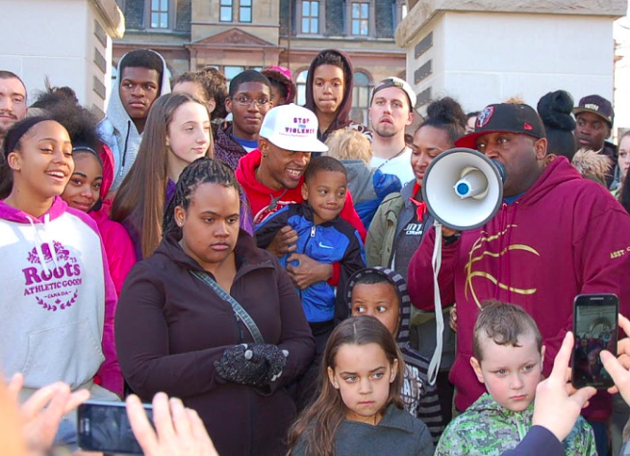