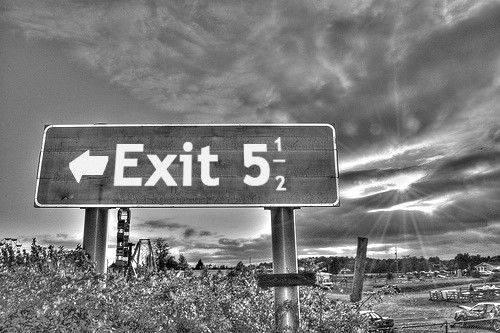 A “connector road” between Highway 103 and old route 3, halfway between the Tantallon and Hubbards exits---so-called Exit 51/2---would increase pressure for development in the rural area, says Sean Kirby, a local resident who leads opposition to the roadway.

And that’s a sentiment that seems to have been shared by a planner for HRM. One of the documents Kirby obtained through a Freedom of Information request to the province is a March 7, 2006 email exchange between Phil Corkum and Janice Harland, two engineers in the department of Transportation; in the email, Corkum tells Harland that HRM planner Maureen Ryan told him the connector road “is not consistent with HRM’s Regional Plan to create growth in this area. She wanted to know if the province would agree to not build an interchange in support of their planning strategy.” See the email here.

Ryan would not speak with The Coast, but her boss, planning manager Austin French, doesn’t deny the conversation occurred. French, however, backs away from saying HRM opposes the connector road. “It’s a question of establishing growth centres where it’s appropriate, based on a number of factors, infrastructure being one,” he says. “That’s why we review the regional plan every five years, because things change, and if this is changing, we’ll look at our growth centres.”

But doesn’t that stand the planning process on its head? Shouldn’t the plan dictate where roads get built, rather than the other way around?

“It’s always a factor of chicken and egg,” answers French. “In this case, we need to look at the establishment of the interchange and see if that is likely to create enough potential that it would justify making a change in the plan.”

The city started a the five-year review of the regional plan last week. A coalition of environmental groups is arguing that the plan is already too conducive to suburban sprawl like that feared by Kirby.