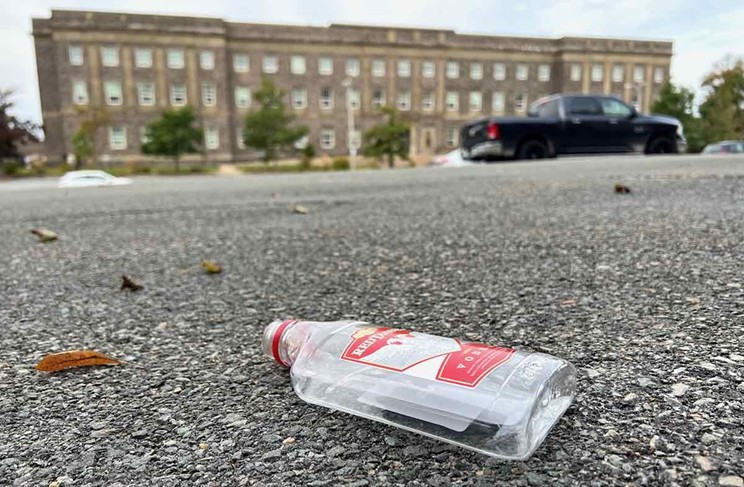 The Coast
Dalhousie University after the 2022 Homecoming street party.

“I don’t think that would be appropriate,” councillor Waye Mason says. A source told us otherwise.

Halifax councillor Waye Mason is pouring cold water on reports that he’s considering appealing to the Nova Scotia government to step in after students celebrating Dalhousie University’s annual Homecoming lit a bonfire in the middle of Larch Street and sparked a standoff with Halifax Regional Police.

Police estimate as many as 4,000 people gathered in Halifax’s south end on Saturday night, with some among the “large crowds of intoxicated people” climbing poles and trees and setting off fireworks—in some cases, police say, directed at homes. One person was stabbed in the mass of partygoers, The Coast reported Sunday, which a police statement confirmed. Officers say they were “punched, kicked and spit on,” with some requiring treatment for “non-life-threatening injuries.”


A source with knowledge of the situation told us the scale of the street party—and its violent turn—prompted Mason to mull asking the province to sanction Dalhousie by restricting its funding until the university takes greater ownership of Homecoming and adopts a more collaborative role with municipal partners.

The third-term councillor, who lives in Halifax’s south end, does have strong feelings about Dalhousie’s ongoing Homecoming response. He says it took him “six, seven months” to get a meeting with university president Deep Saini before last year’s Homecoming party, and the end result “wasn’t particularly effective.” He challenges the university on its lack of licensed events, and past policies barring alcohol in student residences.

“It's not a valid harm reduction strategy to tell young people who don't have a lot of experience with living independently and, you know, drinking and all that stuff, to go wander around the streets of the neighbourhood rather than stay where they live,” he says. “So Dal’s really got to look into its heart and soul and examine these policies and change them.”

The neighbourhood-wide street parties seen Saturday aren’t the first Homecoming crowds to gather on Larch Street and adjacent Jennings Street, and Mason isn’t the first to find fault with the university’s approach. Dalhousie has faced criticism in years past for its lack of sanctioned on-campus events. Some students—including former Dalhousie Student Union president Madeleine Stinson—have argued the school’s hands-off HoCo approach ends up “pushing students” and their parties out onto neighbouring streets. That causes its own raft of problems, the university’s critics argue, from disrupting neighbourhoods to drawing police and emergency responder resources from across the HRM and away from other pressing matters.

Stealing homecoming: The untold history of HoCo 2017 and the student effort to turn Dalhousie’s alumni shindig into a rager for the ages.


Dalhousie, for its part, is quick to distance itself from the street ragers that have bolstered its party school reputation—and from the fallback those annual alcohol-fuelled blowouts bring. The university’s vice-provost of student affairs, Rick Ezekiel, tells The Coast that while it’s “beyond clear” that 2022’s Homecoming “escalated to incredibly dangerous levels,” preventing crowds of teens and 20-somethings from spilling out over the south end isn’t easily accomplished. “If there was a really simple and easy solution, we surely would have all done it. And not only Dalhousie—you know, the dozen or so institutions across the country and communities across the country that are seeing this happen.” 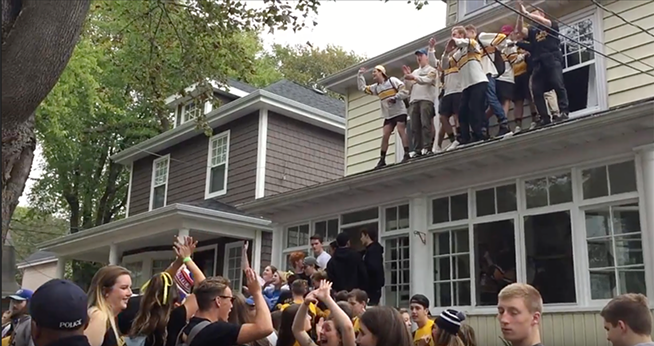 Dal Gazette
A 2017 Homecoming party overflowed from the streets up onto the roofs of some houses.

Halifax police chief Dan Kinsella has criticized the university’s Homecoming response, writing to Saini in the days after HoCo 2022 that the university has a “stronger role to play,” whether crowds gather “on campus or on adjacent streets.”

Ezekiel tells The Coast that Dalhousie has invited and is “hoping” both Halifax police and the HRM will join school administrators to “debrief what happened, what worked [and] what didn’t from everyone’s lens”—but the vice-provost hasn’t confirmed a meeting has been set.

In a letter to Kinsella obtained by The Canadian Press, Saini wrote that preventing a repeat of Homecoming “requires a multi-partner response,” and that he would “welcome the opportunity to continue our dialogue on immediate-, medium- and long-term initiatives to mitigate the risks of large, alcohol-fueled, social media-driven illegal gatherings.”

Any provincial purse-string tightening, if it ever came to pass, wouldn’t be small change. Dalhousie is receiving $228.9 million in provincial grants for 2022-23—more than any other post-secondary institution in Nova Scotia, and more than double what Acadia University ($33.5 million), St. Francis Xavier University ($37.7 million) and Cape Breton University ($26.5 million) will receive combined.


Provincial government grants make up 44.3% of Dalhousie’s funding in 2022-23. That number is inching downward—in 2014-15, 53.3% of the university’s income came from the province, according to Dalhousie’s Behind the budget report—but still comprises enough of the university’s coffers to wield significant influence if Mason or other councillors were to convince the province a sanction was justified.

That outcome appears unlikely, however.

Nova Scotia’s Department of Advanced Education tells The Coast it has not yet received “any requests from city councillors” regarding the distribution of funds to Dalhousie University. The department adds that withholding government funding “will not benefit students or communities,” noting that many of Dalhousie’s more than 20,000 students “live, study and work in our communities in a respectful and safe manner.”

Editor’s note: A previous version of this story ran before Mason replied to The Coast. We reached out to Mason and council support staff through numerous channels over two days to verify the story’s information, and have updated it since receiving a reply. We stand by our reporting.