An interview with Jose Contreras 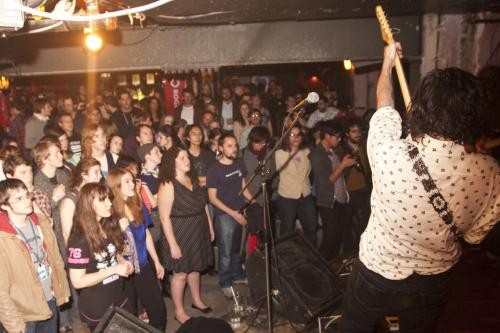 Tell me about your new album. What are the plans for that?

It’s coming out in a couple weeks on Hand Drawn Dracula, which is such a cool label. It’s just so wonderful how it worked out because we’re all friends too. The team running it, you know, Brian [Borcherdt] and James [Mejia] they really have a vision. And I’ve known Brian for years. He played in my band for a long time, and I’ve played on his records and produced his last record. It’s just so not bullshit. I started my band twenty years ago, and I feel for the first time there’s nothing compromised about it. I don’t mean that I’m not compromising or compromised before, it just feels like there’s no cracks and it feels unpretentious. Exactly what it is. I made a record the way I wanted to, and it’s being put out from people I really love and respect. And they’re arts-based, they’re not thinking that I’m fucking going to make them a million dollars, which is retarded because that’s not what I’m built for.

Well that approach seems to be working well critically for them.

When I finished my record I really didn’t know what was going to happen. I pressed like 250 copies with artwork and everything and literally mailed it to everyone I knew. I didn’t call them. I didn’t bug them. I just wanted to know what would happen. And when James said I’d love to put this record out I said perfect—-I didn’t want anything more than that.