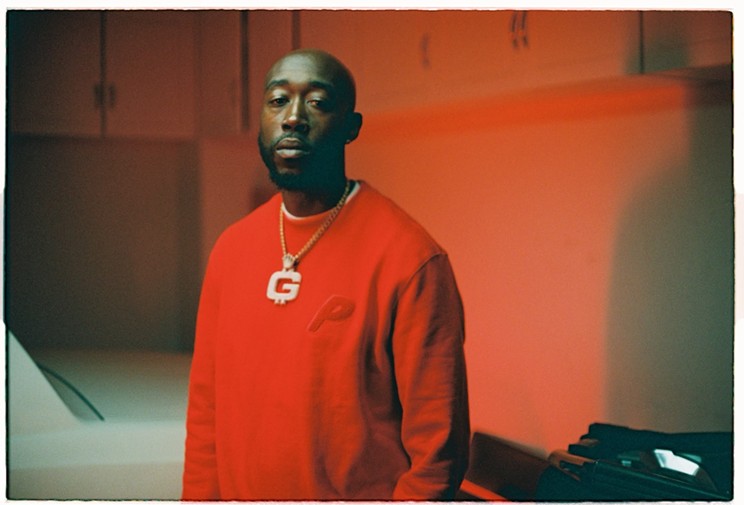 James “JMP” Pereira
Freddie Gibbs is one of the most exciting rappers working today.

If you slept on seeing the Grammy-nominated rapper, you aren’t out of luck for his July 31 show yet.

UPDATE: On July 29—two days after we originally published this piece—Hopscotch Halifax announced a ticket pop-up will be held at Underground Snax on Barrington Street at 4:20pm on July 30. The tickets will be first-come, first-serve and are $50. Once they're gone, they're gone.

If you’re a hip hop head, you know Freddie Gibbs, the Grammy-nominated rapper who put Indiana on the map. Pitchfork loves him and so does Rolling Stone; He made good on his baptism as part of XXL Magazine’s freshman class of 2010 by straddling the line of gangsta rap and underground hip hop, collaborating with everyone from Nas to Tyler, The Creator. His latest album, 2020’s Alfredo (created with producer The Alchemist), is considered by many critics—myself included—to be not only a textbook definition of hip-hop’s long-standing mafia obsession, but a genre-smashing subversion of it.


But like I said, if you’re a hip hop head, you already know all of this. But did you know that Gibbs is coming to Halifax on Sunday, July 31 for a stopover show after headlining Osheaga? He’ll be playing the Convention Centre (1800 Argyle Street).


Hopefully you do—and you’re one of the many Haligonians who snagged tickets to the Hopscotch Festival-sponsored show before it sold out weeks ago. If you weren’t one of the lucky ones, it ain’t over just yet: Hopscotch has announced that an undisclosed number of tickets to Sunday’s show will be made available the day of the event. Act fast, turn on post notifications for Hopscotch on Instagram, and heck, cross your fingers and toes that the “proper pop up” Hopscotch is promising (meaning, in-person ticket sales and not online) means you haven’t missed your chance after all.


Until then, you’ll find me listening to Alfredo on repeat.