How to deal with jealousy in poly paradise | Savage Love | Halifax, Nova Scotia | THE COAST

“I want to feel queerer and a little less mainstream!”

QI'm a 34-year-old straight cis male. About 18 months ago I met a lovely human that I'm crazy about. When we started dating, she said she needed us to be poly and I agreed. It was a first for both of us! I'd always been interested—my parents are queer and have been poly my whole life—so it wasn't a new concept to me. Early on, we went on some random dates, made out with some other people, but took it slow because we wanted to build a foundation of trust and love first. Now we're there. She recently started dating a close friend of ours. In theory, I'm good with it.

I adore him and he cares about us as a couple. There's lots of communication happening in all directions. We've even tossed around the idea of some threesomes or foursomes. I can't wait for the day when I am truly stoked for this, and we can all play and love on each other. But I don't want to “overcome the jealousy” or “deal with it.” I want being poly to be something that makes life amazing! But I am still being restricted by silly feelings put in my head via some nefarious patriarchal capitalist hack. Any advice for moving on as quickly as possible into a polyamorous paradise? I want to feel queerer and a little less mainstream!
—Seeking Polyamorous Effortless Wonders

Sub optimal: “I want to be a good gay uncle, but honestly, I'm an objectively poor role model” 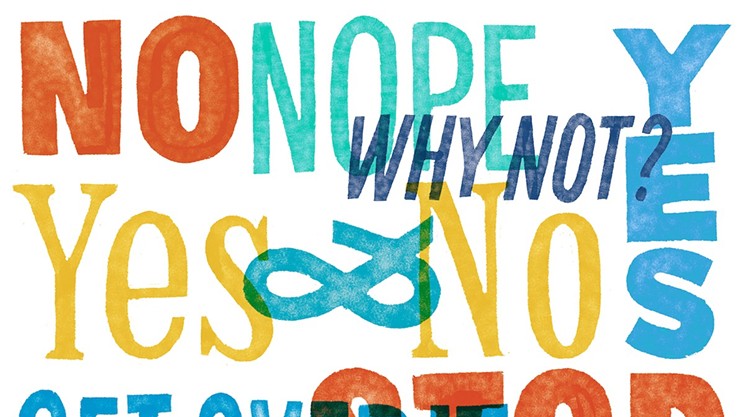 Sex-advice quickies: From dating a friend's ex to dating a sister's ex to drinking pee platonically (?), the questions are flying fast.

A No relationship—closed, open or poly—is a paradise. Ideally a relationship brings more joy into your life than pain. (Unwanted pain; wanted pain is its own kind of joy.) But misunderstandings, disagreements and hurt feelings are a part of every romantic partnership. And the longer that partnership goes on, the likelier the people in it—couple, throuple or quad—are going to face the kind of relationship-extinction-level event that requires contrition, forgiveness and aggressive memory-holing to survive.

My husband has been with his boyfriend for five years; there are times when I see them together and I am not just happy for them, SPEW, but made happy by them. (I’m straining to avoid the term “compersion” here, or “the other c-word,” as it’s known at our house.) But there are times when I feel jealous… and if I’m still experiencing jealousy after 20+ years in an open relationship… and still feeling experiencing jealousy after 30+ years being pretty fucking queer… I don’t think jealousy is something you need to completely overcome before opening your relationship or that that being “queerer” cures.

It’s good that you’re taking your time, because rushing things is a good way to fuck this up. But paradoxically, SPEW, if you wait until you’re no longer experiencing any jealousy—or no longer have conflicted feelings about this—you’ll never get there.

QI’m a 36-year-old cis gay man who came out a decade ago and found widespread acceptance from friends and family, but I fear my unique situation now might change that. Last summer, my husband died unexpectedly, leaving me widowed and trying to pick up the pieces. I couldn’t sleep much for a while and went online to chat. I wound up meeting this great guy who lives across the country. He’s a sexy leather daddy, and I’ve travelled to stay with him on two occasions and had some of the hottest sex I’ve ever had. Plus, I really like him! He’s funny, smart, deep. Here’s my dilemma: He’s married to another man, and I also have feelings for the husband.

I plan to move there soon to see where this goes and start the next chapter of my life. (I will be getting my own apartment, at least at first.) It’s still early, but I feel like I could fall in love with both these men. How do I pursue this and start over somewhere new while making this all understandable to the straights in my life? Is there a way to explain this to my mom and the rest of my family without freaking them out? I know it shouldn’t matter, and I’ll follow my heart either way, but I’d hate to lose this close connection with my family if they get weirded out by my dating life.
—No More Mr. Heteronormative

As for what to tell your family about your relationship…

For now, NMMH, nothing. Just like you’re getting your own apartment after you move because you want to wait and see where this relationship goes before moving in with these guys, you’re going to want to see where this relationship goes before you tell your family about these guys. This isn’t about hiding things from your family, NHHM, but about waiting to roll out your new relationship if and/or when it gets serious. You most likely didn’t introduce mom to your late husband after your second date; similarly, there’s no need to introduce mom to these guys after seeing them on only two occasions.

And in my experience—in my own highly personal and highly relevant experience—it’s often easier for the families of gay men to accept that we’re open or poly than it is for the families of straight people. Our families have some practice letting go of expectations and prejudices. And while it’s possible your family’s made it clear their acceptance was conditioned upon you marrying and settling down and behaving “heteronormatively,” it’s also possible you’re projecting: You want them to think you’re “one of the good ones,” i.e. one of the monogamous ones, while they couldn’t care less. But even if they do care and would prefer to see you monogamously married again, they will embrace your new relationship if you make it clear you will accept nothing less from them.

QMy husband used to go strip clubs with friends before we were married, and I’ve heard stories about how strippers would be all over him—especially if there weren’t any women in his small group. I want to go to one with him. But I have exactly zero interest in being touched by strangers, strippers or not. I also don’t want anyone touching my husband. I just want to watch. Is there some way to signal that? Do they only come over to you if they see you tip? I’m going to tip, btw, but on the way out so no one thinks I want extra attention.
—Curious About These Clubs Husband Visited

APlease don’t go to a strip club. Strippers make money selling private dances—in many strip clubs, strippers pay the club to dance. And when strippers aren’t up on the stage, they’re walking the aisles, and approaching men who might be interested in buying a private dance. Very few strippers are gonna plop themselves down on someone’s lap (that’s what they’re selling; they’re not giving that shit away for free), but it’s not uncommon for strippers to place a hand on someone’s shoulder or lower back, lean in and chat up a potential customer. I wouldn’t describe that sort of incidental contract as being “all over” someone, but it definitely counts as “touching.”