How to be a nudist in Halifax

Nude behaviour: Technically it’s illegal, but a lot of people enjoy swimming and being out in public in their birthday suits. 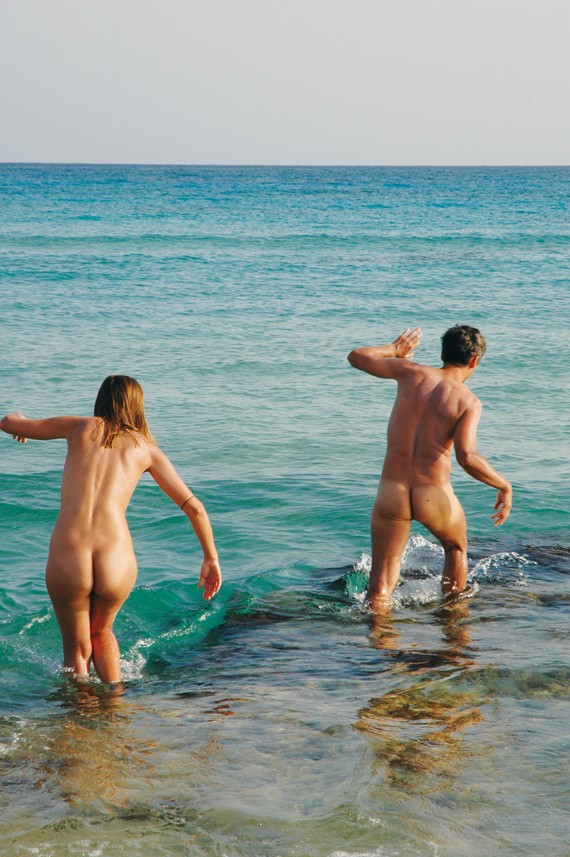 Whether you'll admit it or not, you've probably succumbed to the urge to rip your clothes off on a secluded beach—-and if you haven't, you're missing out. While many conservative Nova Scotians are terrified of naked bodies, living a clothing-free lifestyle can be managed.

For a handful of Haligonians, skinny-dipping is more than just a late-night-drunken escapade. It's a communal philosophy of living in harmony with nature and each other. The Bluenose Naturist Society has a membership of around 50 people. You'll find them gathered at Crystal Crescent's third beach under a collection of umbrellas, where they slather themselves in sunscreen to enjoy the sun and conversation.

The club's treasurer and secretary (who won't reveal their names because of the illegal status of their favourite pastime), cite freedom, no tan lines, community and a lack of judgment from other naked people as reasons for choosing the "naturist" lifestyle.

"You can't tell if somebody is really rich or really poor," when they're naked, says the treasurer. "You just get to know them."

Club memberships are $20 and help maintain the club's status with the Federation of Canadian Naturists—-who help represent club members in legal pickles. It also gets you invited to group barbecues and assists the group in distributing information. The majority of group members are in their 50s and 60s, though they'd like to attract younger members.

"They're not confident enough in themselves yet. In their 20s they're still very body-conscious and think they have to be perfect, whereas we think, 'This is me and I'm happy in my body, lumps and all,'" says the treasurer.

Both women were there when the police showed up at Crystal Crescent and made five arrests back in 2001. They say Crystal Crescent nudists got a bad rep partly because the public walking trails around the beach were a hotspot for homosexual hook-ups.

"There was behaviour taking place on the trails that had nothing to do with the naturist group," says the treasurer.

To keep the group from getting in trouble, the two chase down anyone leaving the beach naked.

"We hand them a beach eti-quette brochure that explains to them that once they're leaving the beach they have to put their clothes on," explains the secretary.

Public nudity can land you a $2,000 fine, up to six months in jail or both, but for first-time offenders, it probably won't. Back in 2001, Nova Scotia's former director of public prosecutions, Martin Herschcorn, set a legal precedent when he chose not to lay charges against five nudists arrested at Crystal Crescent.

"Citizens should not face a criminal conviction for conduct of this type without aggravating factors, such as aggressive exhibitionism, or lewd or indecent acts," announced Herschcorn.

So, the lesson seems to be: If you're caught swimming naked, politely put your clothes back on and you might get off the hook.

There are plenty of other great spots to strip down and swim in Halifax. The Federation of Canadian Naturists recommends Susies Lake, though the treasurer and secretary of the Bluenose Naturist Society cite "too many teenagers and kids" as reasons not to go there.

My friends and I head out there one sunny afternoon and are the only ones. Susies Lake marks the beginning of a chain of lakes in the Birch Cove Wilderness area, so you could easily hike or canoe to an even more remote area. To get to Susies Lake, go to Kent Building Supplies in Bayers Lake and wander around the back parking lot until you find the trail. After about 15 minutes, you'll have left behind the droves of shoppers and brutalist architecture of the shopping centre for an unexpected slice of nudist paradise.

Some enjoy skinny-dipping at night at the party locale Chocolate Lake, though I'd suggest you look out for violent teenage hooligans. Naked swimming is also tricky at Big Indian Lake in Prospect, where you may get caught in a fisherman's line. You could try swimming in the buff at Dartmouth's Lake Banook, though you'll risk being interrupted by groups of competitive canoeists. But for some people, risks can be part of the fun.

13 Coast writers on their favourite beaches in Nova Scotia