How Nova Scotia’s reopening compares to the rest of Canada | COVID-19 | Halifax, Nova Scotia | THE COAST 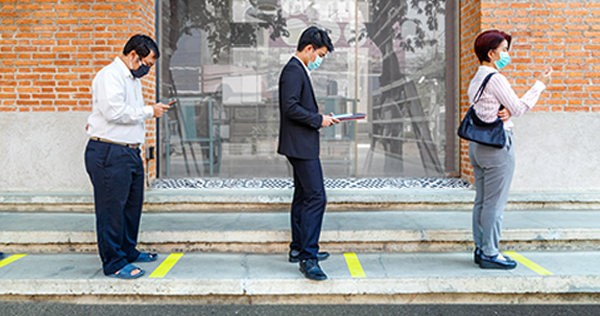 Compared to the rest of the country, Nova Scotia’s plan is purposefully slow and cautious. THE COAST

How Nova Scotia’s reopening compares to the rest of Canada

In contrast to some parts of the country, Nova Scotia is moving slowly towards a two-dose fall.

Last Friday, Nova Scotia announced its reopening plan for the province, which moves through five phases over the next five-to-six months. Although the announcement itself was hard to follow, over the weekend the province released a more detailed website that outlines the phases. The Coast also has a timeline explaining reopening here.

The province officially moves into Phase 1 on Wednesday, June 2, with the reopening of bar and restaurant patios, hair salons and spas, and non-essential stores opening at 25 percent capacity. Students across the province will also return to schools this week, and travel between communities is permitted once again.

Timeline of Nova Scotia’s 2021 reopening plan: When phases start and lockdown rules change as we recover from COVID's third wave.

Each subsequent phase is scheduled to last between two and four weeks, depending how quickly Nova Scotians are booking vaccine appointments and what our case count looks like.

Nova Scotia could reach Phase 4 by mid-July at the earliest, or late August if cases spike over the summer. But we won’t hit Phase 5—meaning masks are primarily optional, all businesses have reopened, and there are no remaining gathering or travel limits—until sometime in fall 2021, once population immunity of 75 percent is reached.

Over the past week, almost every province has released a reopening plan, with the exception of Manitoba, Newfoundland and Labrador, and the three Northern territories. Newfoundland, NWT and Yukon say they will announce full plans soon.

Some province’s plans have just three reopening stages, like Alberta and Saskatchewan, which are slated to reopen fully by early July. Others, like Quebec, have four phases but will move through them quicker than Nova Scotia, reopening in August. And some like PEI and New Brunswick are similar to Nova Scotia’s pace, with some changes.

Nova Scotia’s reopening plan makes changes to practically all areas of life that have been changed by the pandemic—from masking, to gathering limits, to travel within the province, within the Atlantic Bubble and eventually Canada as a whole.

Compared to PEI’s reopening plan, Nova Scotia has a few major differences: There’s no mandatory rapid testing on entry here (something NS premier Iain Rankin says is because we have more ports of entry than the Island). There’s no proof of vaccination required for travellers to NS. And PEI is opening its Atlantic Bubble borders on June 27, sooner than Nova Scotia will even in the best-case Phase 3 scenario of June 30.

Meanwhile, New Brunswick is planning to open its border with surrounding provinces (and the state of Maine) on July 1, and its plan also has some slight differences. The province has personal bubbles of 20 people instead of Nova Scotia’s 10, and international travellers with two vaccine doses will be permitted in NB without isolating as early as Phase 2.

Rankin said it was no problem that the provinces’ dates for reopening the long-awaited Atlantic Bubble don’t correspond exactly, but CMOH doctor Robert Strang said he and his regional counterparts would be having discussions to see if the dates should match up better. “I put that on the agenda, that’s a key topic for us to be discussing,” he said at a presser on Monday. “Consistency, and bringing forward recommendations to the premiers group.”

Rankin sends HRM and Sydney kids back to school: Students in these regions will return to classrooms a day after the rest of the province.

While some Nova Scotians have been critical that their family and friends from beyond the Atlantic Bubble won’t be able to visit during the summer months, Strang says the plan is deliberately slow, cautious and flexible if cases spike. “We’re moving slowly but steadily because we do not want to move backwards,” said Strang. “Once we’re open, we want to stay open.”

For a full comparison of Nova Scotia’s final stage of re-opening with other Canadian provinces, see the chart below.