How do you buy weed in Halifax?

Something to toke about - Part 1 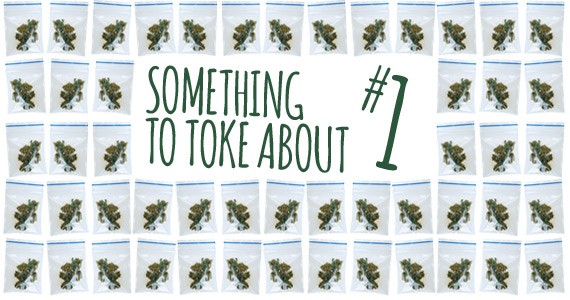 In time for April 20, the first in a four-part series on marijuana culture by Hilary Beaumont.

I said OK, and in one swift, practiced motion he dropped a little tinfoil package into my jacket pocket. To be honest it felt pretty badass.

Everyone and their dad has bought weed by the time they’re 27. Everyone except this n00b.

I’m living on my own, paying my own bills. I should be an adult by now. But I’ve searched my memory and I honestly don’t believe I’ve ever purchased weed. Maybe a little off a friend or two, but never from a proper dealer. I can’t even roll a joint, you guys.

Be kind! I’ve purchased other drugs, and I’ve done hot knives at least once, OK? But I don’t smoke enough pot for it to be a thing I buy. It’s always around and I’ll usually take a swig of a joint if it’s offered.

So when The Coast asked me to write my first weed column on how to buy the stuff, I agreed to try. But when I started asking friends where I could buy a little, they offered me some for free.

Last week when I asked a pal, he offered to just give me a joint. I insisted on giving him money, for your sake reader, to which he replied that he liked chocolate. I ended up trading him some peanut butter cups for a little pinner of a joint. He rolled it for me so I wouldn’t have to look up a YouTube tutorial.

My friends are too generous. A few weeks ago, one of them gave me some homemade weed lube—yes, weed lubricant made with coconut oil that he and his girlfriend whipped up—out of the goodness of his heart. More on that in a future column I hope my grandmother never sees.

I had to step up my game and buy from a Real Dealer using a currency other than candy. But dealers I asked were understandably sketched out because I’m a reporter. “Better safe than sorry,” I heard.

So I asked someone who had offered me weed in the past. I went to meet him at a bar. While I was waiting, I recognized another dude I knew from around. His eyes were next-level red. I asked him how it was going. He said, “I did dabs.” I had heard of dabs and he looked like he did dabs. (For the uninitiated, dabs are a highly concentrated dose of cannabis.)

The dealer showed up and we went outside. He passed a joint around as he told me about his business.

Three grams, I learned. I said OK, and in one swift, practiced motion he dropped a little tinfoil package into my jacket pocket. To be honest it felt pretty badass.

After my first drug deal, I felt elated. I wanted to know if I had a good deal, so I asked my peanut butter cup-enjoying friend to assess my spoils.

“This is good shit,” my friend said for effect as he opened the tightly wrapped tinfoil package. Crystals covered the dense bud like a fine dust. The light green weed smelled fresh, like it was plucked from the garden. Probably an indica/sativa hybrid, my friend said. He offered to weigh it for me, and brought out a corroded old scale he must have lifted from a museum or something. It weighed 2.9 grams without the tinfoil—and it was nice to smoke—which means I did a good job!

I spent the rest of the evening on Skype talking animatedly about the experience with a patient Toronto friend.

Now, thanks to The Coast, I have a whole bunch of weed I probably won’t smoke anytime soon. Anyone want to help a grown lady out?

Your horoscope for the week January 27-February 2