How did it get to this? A recent timeline of Indigenous lobster-fishing rights.

Governments have avoided the moderate livelihood issue for over 20 years. 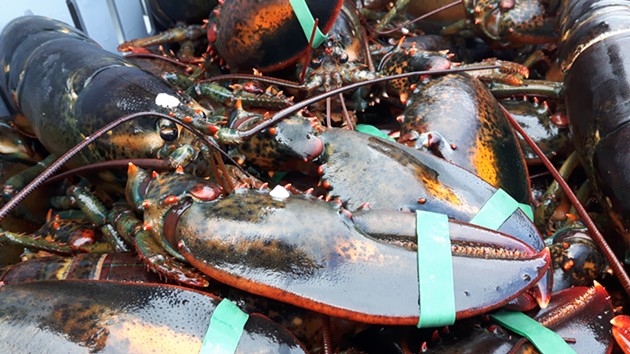 Stefan Sinclair-Fortin
Lobster fresh out of St. Mary's Bay, which has been the epicentre of tension between Indigenous and non-Indigenous fishers.

Despite a decades-old Supreme Court ruling squarely in their favour, Indigenous fishers still struggle to assert their rights to fish for a moderate livelihood. As this timeline of modern history shows, a lack of help from the federal government to put established rights into practise is nothing new, even as such inaction repeatedly enables violence and intimidation directed at Indigenous fishers.

Donald Marshall Jr. is charged and convicted of fishing and selling eels out of season and without a licence. He argues he has the right to do so, stated in the Peace and Friendship Treaties signed between the British and the Mi’kmaq in the 18th century. He appeals his conviction.

The Supreme Court of Canada acquits Marshall of all charges, upholding his rights. The court stated, “The accused’s treaty rights are limited to securing ‘necessaries’ (which should be construed in the modern context as equivalent to a moderate livelihood).”

A group of non-Indigenous fishers protests the Supreme Court’s ruling. The West Nova Fisherman’s Coalition applies for a rehearing of Marshall’s case.

The rehearing is denied, but the court adds a clarification to its initial ruling, stating federal and provincial governments have the power “to regulate the exercise of a treaty right where justified on conservation or other grounds.”

Fisheries and Oceans Canada responds to the Supreme Court’s ruling with several programs to give First Nations access to the commercial fishery. The Marshall Response Initiative gives commercial licences, boats, gear, money and training to First Nations communities. This is offered in exchange for signing interim agreements to fish under the DFO’s rules. Fishing licences are bought back from non-Indigenous fishers at highly inflated prices, while the gear and boats offered to Indigenous fishers are often in poor condition.

Independent consultant Jim Jones is appointed by the minister of fisheries to negotiate with First Nations communities. But moderate livelihood is still not defined. Meanwhile tensions begin to build again, as some non-Indigenous fishers accuse Indigenous fishers of illegally selling lobster and call on the DFO to step up enforcement.

In southwestern Nova Scotia, Indigenous fishers fishing for a moderate livelihood confront protesters who oppose them fishing in St. Mary’s Bay outside of the commercial season.

The Sipekne’katik First Nation launches its own moderate livelihood fishery, using its own management plan. Some non-Indigenous fishers protest the new fishery.

A state of emergency is declared by the Assembly of Nova Scotia Mi'kmaw Chiefs due to violence between the fishing communities. Two people are arrested on assault charges in Weymouth, NS.

During the weekend following the opening of the livelihood fishery, some non-Indigenous fishers cut trap lines and vandalize gear belonging to Indigenous fishers, and on Monday dump traps outside a federal office building.

Fishers of the Sipekne’katik First Nation’s livelihood fishery struggle to sell their catches, as government regulations prohibit buying from fishers who don’t hold a commercial licence.

In Cape Breton, Potlotek First Nation launches a livelihood fishery under its own management plan.

Two lobster pounds in southwestern Nova Scotia containing Indigenous-caught lobster are surrounded by angry mobs. One lobster pound is ransacked and a van outside of one of the lobster pounds is set on fire. Police say about 200 people are involved in both incidents.

A temporary injunction is issued by a Nova Scotia Supreme Court judge. The injunction attempts to end harassment, blockades and other interference against members of the Sipekne'katik First Nation attempting to fish.

The Sipekne'katik First Nation decides to not fish its commercial lobster licenses this season out of concerns for safety, after violence and intimidation following the opening of its moderate livelihood fishery.

Pictou Landing First Nation launches its own livelihood fishery. Other First Nations including Membertou and Bear River previously said they plan to do the same.

A coalition of Mi’kmaq First Nations partners with British Columbia-based Premium Brands Holdings Corporation to purchase Clearwater Seafoods in a deal worth $1 billion. Although completely separate from all First Nations’ livelihood fisheries, such a large and surprising deal may send shockwaves through the entire lobster-fishing industry that change the relationship between Indigenous and non-Indigenous fishers.

"They're on the right path," says western First Nation chief about purchase of Clearwater by Mi’kmaq coalition