House of Eights levels up

Abady Alzahrani’s dance studio welcomes dancers of all levels to “shut everything out and have fun” with its new location. 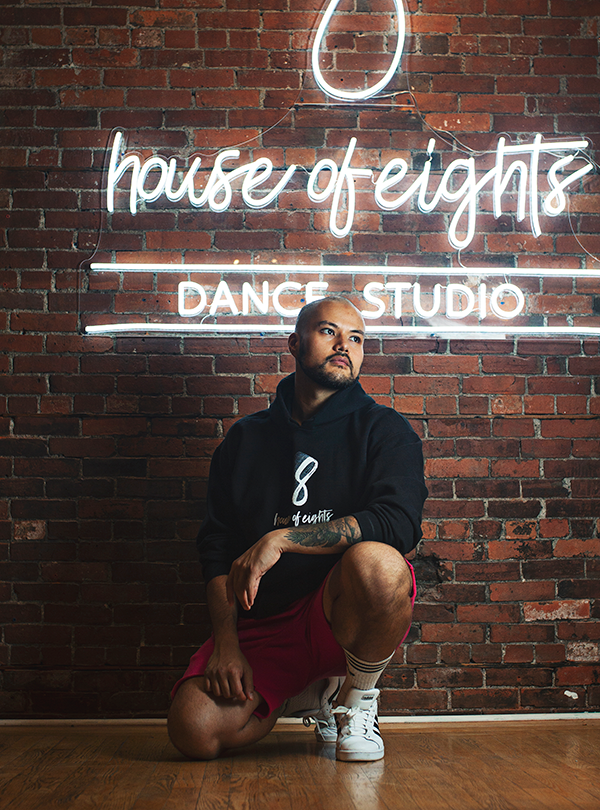 D ance like everyone's watching, but like everyone watching isn't a judgemental asshole waiting for you to slip and fall. That's more or less the ethos at Halifax dance studio House of Eights, which encourages people of all levels of dance prowess to live their best lives.

Having launched in January, the drop-in style studio recently moved into a 2,000 square foot space downtown to accommodate growing demand from Haligonians wanting to have a ton of fun and learn a ton of new moves with their wide array of classes. If you're not convinced that merely having an interest in dance is enough, look no further than House of Eights founder, Abady Alzahrani. Having grown up in Saudi Arabia, where dancing "was not allowed," Alzahrani moved to Halifax in 2008 for school and quickly became enamoured with extra-curricular dance classes at his university.

"I got into dance a little late, technically," says Alzahrani, "because most people start dancing when they're kids, but I started when I was about 19 or 20."

Outside of university dance practices, Alzahrani was disheartened by Halifax's lack of dance spaces available to novice dance enthusiasts like himself. He began travelling to cities like Toronto and Los Angeles for intensive training with renowned dance instructors.

"I felt I needed to make up for lost time as a late-blooming dancer," says Alzahrani, who developed such a knack for the craft, he was soon teaching classes at his university as well as local schools.

Fast-forward to quitting his day job in marketing and advertising. Now, Alzahrani is fully committed to the craft and wants to inspire others like him with House of Eights.

"The name comes from the whole house name in the vogue world," says Alzahrani. "In vogue, when you join a house it's like your chosen family and your safe community where you can be yourself—so I wanted to use that term about how we want to be that judgment-free space for you."

And he's not lying. The vibrant, Instagrammable studio is home to over 10 in-house instructors who teach a vast and varied curriculum. K-pop? They got you. Heels? They got you. Getting high and doing improvisational dance? They got you.

"I wanted to make sure that there is a space for both super-advanced, experienced dancers who want to keep up their training," says Alzahrani, "but also for absolute beginners who've never danced before and want to try something new."

One of the main draws of the studio are the acclaimed guest instructors it hosts every month or two, some of which have choreographed for big names like Ariana Grande and Nicki Minaj.

"Just because you live in Halifax doesn't mean you shouldn't have access to someone who is a professional commercial dance instructor who's constantly in shows and music videos and stuff like that," says Alzahrani.

Bringing a breath of fresh air into Halifax's dance scene, House of Eights plans to offer over 30 classes per week beginning in September and hopes to expand further on its class offerings. However, one thing remains the same.

"What I want people to get out of the classes is that this is your release and your place to be yourself, shut everything out and have fun," says Alzahrani. "It's super amazing getting to see people who are super shy, and then you see them in class living their best life—it's such a confidence builder. There's nothing like seeing someone perform like they're Beyoncé."