Survivor Tony Smith says civil servants are “showing up” in ways they haven't before. 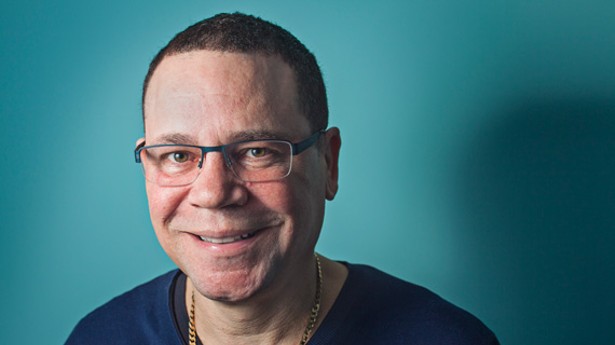 LENNY MULLINS
Tony Smith, co-chair of the restorative inquiry council of parties.
It’s been over six months since a progress report was released by the restorative inquiry examining past abuse at the Nova Scotia Home for Colored Children. Officials plan to have their next update ready for the fall, to be made public shortly after MLAs resume sitting at Province House, says inquiry spokesperson Tony Smith.

“It is quite amazing to see the positive feedback and efforts that we’re receiving from these people,” he says.

So far, “all the various [civil servants] that we came in contact with have been very open and accommodating. And they’re showing up in a way that they never showed up to other places before.”

This has not been a traditional, blame-laying inquiry with witnesses giving sworn testimony during public hearings. The $5-million restorative inquiry into the Home has qualities more in common with a truth-and-reconciliation process.

One of the inquiry’s crucial components has been closed sessions involving African-Nova Scotians describing their experiences as former residents of the Home, or other Black community members talking about the bigotry they’ve faced in this province.

“Tea and talks” have been organized exclusively for former residents. Such events have included “evenings with a music therapist, a ‘seeds of hope’ activity, a walking club and sessions to discuss former residents’ needs,” the progress report from February states.

The report notes that race-based discrimination, present in some Nova Scotia communities for generations, “continues to have a major impact” on Black families.

Today, the Home for Colored Children functions as a short-term, child-welfare centre caring for troubled youth of all races. The abuse covered by the inquiry happened in decades when the site was an orphanage for Black and biracial youngsters.

The inquiry is a government-reporting entity. Its financial reporting is included in public accounts released through the Finance and Treasury Board department, the inquiry’s communications spokesperson, Chad Lucas, tells The Coast.

Records show expenses for the inquiry have included money spent on the usual things in endeavours of this nature: staff salaries,
office space and supplies, travel, consultants, et cetera.

The consultant was hired to train staff near the beginning of the inquiry—coaching that helped staffers prepare for hosting talks with former residents of the Home, Lucas says.

Smith acknowledges $5 million is not a small amount of but says it’s far cheaper than what’s been spent on other inquiries in Canada.

As well as financial compensation, public apologies have been issued to former residents by Stephen McNeil and by a representative of the Home’s board. The restorative inquiry is to wrap up in the spring of 2018.