Now that the province has allocated funds, improvements should be coming. 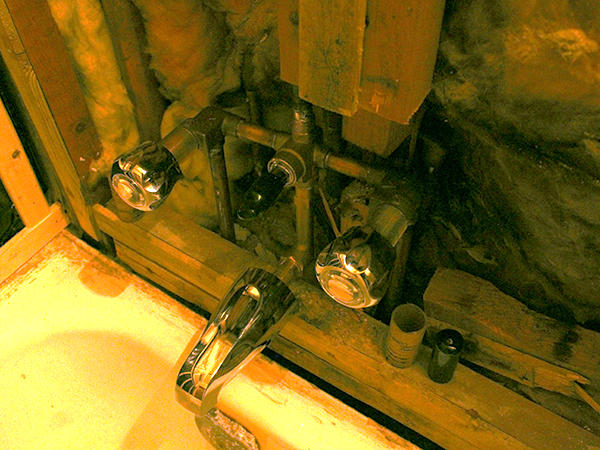 VICTORIA WALTON
Tawaak Housing has 30 unoccupied units due to age or disrepair.

Tammie Beazley doesn't like to be reminded that she's living in a mold-infested, dilapidated three-bedroom apartment with her three children.

"We just don't think about it anymore. Where else can we go? We can't afford anything else," she says.

"As soon as you walk in the front door there's a hole in the ceiling," she tells The Coast. And Beazley isn't hopeful about Tawaak making repairs anytime soon.

“I usually just fix it myself because they do a half-assed job,” she says. “My father will fix stuff for me, that type of thing.”

According to Tawaak's website, the urban Indigenous housing unit project started in the 1980s, as the federal government's attempt to provide housing to Indigenous people living off-reserve.

But in the late 1990s, the file was transferred to provincial governments, and funding dried up. "Tawaak started in 1981, it has an old and ageing housing stock that needs fundamental structural repairs in many areas," says Brian Dezagiacomo, Tawaak's Executive Director.

Dezagiacomo says the group now has to maintain 54 properties (a total of 145 units) with minimal funding. Most are in Halifax, but the group also oversees buildings in Sydney, Truro, Antigonish, Liverpool and Bridgewater. "You're on your own in running those even though you're a non-profit."

Only last month did Nova Scotia approve new funding for Tawaak as part of the National Housing Strategy. Dezagiacomo says it's as much as $7.1 million for repairs and renovations. "That money should be flowing very soon and we can get a start," he says.

An emailed statement from the province says Tawaak is specifically mentioned in the bilateral agreement between the province and the federal government.

"The province committed to repairing 111 Tawaak units by 2027-28," says Krista Higdon with the Department of Municipal Affairs. As of this month, Tawaak has 30 unoccupied units and over 100 people on the waitlist for housing.

Although the National Housing Strategy was approved in November 2017, Nova Scotia didn't release their three-year action plan until August 2019. "Before funding is dispersed, a plan and agreement need to be in place between the department and the Tawaak Housing Association," Higdon says.

For Tawaak, this means it is finally able to make needed repairs. "We're setting up a committee now and a mechanism for how to distribute that funding, where it's going to be allocated, and what buildings will be refurbished and rejuvenated," says Dezagiacomo.

But while Tawaak's executive is waiting on funding to come through, residents are still living in the distended units.

"No one's jumped up and said, 'Okay let's do something about this.' We're all here alone, we're on our own," says Melissa Prosper, a Dartmouth resident who lives in a Tawaak-owned duplex with her two children.

Prosper says she's been trying to get her roof repaired and now the cement foundation is cracked, leaking water into her basement. Tawaak says Prosper's most pressing problems have been addressed.

"Those problems are being taken care of as we speak," says Dezagiacomo. "We didn't have the funding, all we had was for the operations and there was very little for maintenance."

Through a local housing advocate, Prosper got in touch with the city, who sent an HRM housing inspector to the unit and is in the process of issuing an Order to Comply, which will mandate Tawaak to make repairs by a certain date.

HRM has clear language about minimal standards for housing.

“Every floor, ceiling and interior surface of every wall in a building shall be maintained free from dampness,” reads By-Law M-200 Section 9(1).

“Buildings shall be kept free of rodents and insects at all times,” says Section 11(1).

"Our building official inspected the property and has been in touch with the landlord to address the concerns about the presence of mould," says HRM Senior Communications Advisor Brendan Elliot in an email. "We asked the landlord to find the source of the problem and fix it."

Although she’s concerned about the apartment itself, Prosper says her children are her main concern.

And for the funding itself, neither the government or Tawaak has an exact answer for when it will come through and repairs can actually begin.