When the options are decarbonize or die, a just transition is necessary 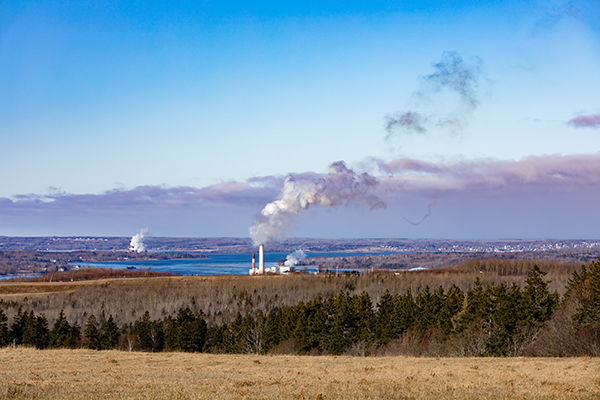 "No more coal, no more oil, keep the carbon in the soil" chanted Halifax high school students and their supporters outside Province House last Friday. They joined millions of other students around the world striking from school on Fridays protesting inaction on climate change, following the lead of Swedish 16-year-old Greta Thunberg and fuelled by a UN Intergovernmental Panel on Climate Change report. Released last fall, the report said it would be necessary on a global scale, to reduce greenhouse gas emissions by 50 percent by the year 2030 and eliminate emissions completely by 2050 to prevent global warming beyond 1.5 degrees Celsius.

There are many implications to these findings, one of which is that our carbon budget—how much carbon we can burn without missing climate targets—no longer allows for building new fossil fuel infrastructure and current projects must be phased out over the next few decades. According to the report, failing to limit global warming will have severe consequences: Warming by two degrees will force millions from their homes due to extreme weather; entire island nations will be submerged by rising seas.

This week, a report released by the UN says humans are en route to causing the extinction of over one million animal and plant species—many within decades. Even if Nova Scotia manages to hold at two degrees, the effect of coastal erosion, flooding from rising sea levels and crop failure from droughts and storms will be felt.

Yet Canada's current climate policies—even considering the new federal carbon tax—are on track with the rest of the world for at least four degrees of warming by the end of the century if things don't change drastically. The transition to a renewable economy is necessary to avoid climate catastrophe, and it can happen while also investing in sustainable communities, creating better jobs and addressing economic and social injustices.

In November 2016, the federal government announced a phase-out of traditional coal power by 2030, but Nova Scotia is still in the middle of negotiating its coal phase-out equivalency agreement with the federal government—and has always had a tumultuous history with mining. Thursday May 9th marks the 26th anniversary of the Westray mine explosion that killed 26 coal miners in 1992. The revised equivalency agreement could give NS more time after the 2030 deadline for changes. Stephen Thomas, energy campaign coordinator for the Ecology Action Centre, says in a press release that an extension comes as no surprise. "Nova Scotia now has the most coal-dependent electricity grid in Canada. The province has submitted their business-as-usual pathway to this process," he says. If NS succeeds to phase out coal electricity by 2030—in 2017, 55 percent of electricity came from coal—analysis from the federal government says 89 premature deaths, 8,000 asthma episodes and 58,000 days of breathing difficulty could be avoided.

The reality is that ending coal production is a necessity for the climate. But, ensuring a just transition for coal workers in Nova Scotia must be a priority. The federal government recently finished its task force on a just transition for coal workers, talking to communities and figuring out a series of recommendations including income support, training, re-employment services and pension bridging. One participant from Trenton stated, "Our population keeps getting old and we can't afford to lose any more families. Young families don't want to stay in our community anymore because there are fewer jobs."

Investing in new fossil fuels projects continues to be justified as beneficial to the economy, but not only are these projects risking the lives of future Nova Scotians by exacerbating climate change, they threaten the livelihoods of Nova Scotians now. The Alton Gas project has been criticized for the harm it could cause to fishers and farmers: Natural gas under extremely high pressure in salt caverns sits under properties of local farmers and residents. Similar projects in North America have had a 65 percent incidence rate in the past 30 years. A freedom of information request by CBC shows that the salt brine to be dumped into the Shubenacadie River is six times higher than what's considered safe for fish.


O ffshore fossil fuel development is also being explored. Nova Scotia department of energy and mines minister Derek Mombourquette is attending the Offshore Technology Conference in Houston, Texas from May 6 to 9. "Our #offshore continues to attract international interest, and it has tremendous potential to pay for programs and services for Nova Scotians," he tweeted. Though Nova Scotia currently has a moratorium on fracking, the Cumberland Energy Authority held a symposium on the development of on-shore natural gas (fracking) last week. Like the concerns raised around natural gas projects, fishers and community members on Nova Scotia's south shore have been outspoken against offshore drilling for the risks it poses to fishing and tourism industries. In an interview for the Ecology Action Centre last summer, treaty fisher Marilynn-Leigh Francis says, "the treaty was put in place to protect the...inherent right that we have" to fish. "That's about being able to fish and live without hindrance."

In an interview with the Council of Canadians last year, Mahone Bay mayor David Devenne said, "You can not eat oil...If the ocean is uninhabitable or at threat or displeasing to people our economic viability is gone."

S upporting workers and communities in the transition to a renewable economy could look like providing retraining for workers for local green jobs. While the Alton Gas website states the project would create eight to 10 permanent jobs, the Green Economy Network says a $2.28 billion investment in energy efficiency, renewable energy and public transit would create 30,753 jobs. Investments in teaching, health care, libraries and community services are also investments in a carbon neutral future, and investing in good local jobs would benefit local economies and contribute to building sustainable communities.

The Canadian Labour Congress has endorsed the outcomes of the Just Transition Taskforce and says, "All levels of government must raise their level of ambition for climate protection and ensure that their plans include Just Transition measures to protect workers, their families and their communities."

The calls of high school climate strikers, Indigenous water protectors and others advocating for the cancellation of specific fossil fuel projects like pipelines and the phase-out of an entire industry, are not only about divesting the economy from fossil fuels—they're equally about investing in our communities now and for the future. Scientists have given clear directive that the shift away from fossil fuels must happen—and quickly. Economists are saying that the cost of inaction on climate change will greatly outweigh the price of transitioning to a renewable economy. The missing piece, it seems, is the government ambition identified by the Canadian Labour Congress. A federal election year there could present opportunity for political parties to increase their ambition on moving forward, with a just transition to a green economy.

Laura Cutmore is an organizer with Our Time Halifax, a campaign for a Green New Deal in Canada.