"I just love creating things that no one else gets to wear." 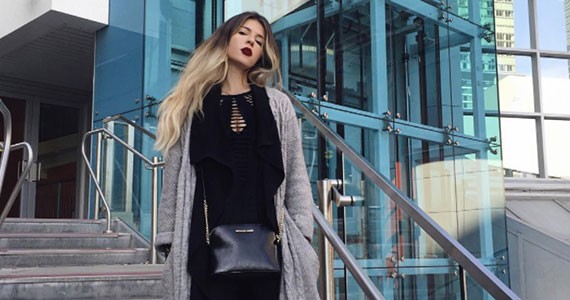 submitted
Mira works both at the forefront and behind the scenes of fashion.

The first time Hafiia Mira received an email from Kanye West's representatives, she ignored it. She also ignored the second and third. "I thought it was just a fake person trying to play with me," she says.

Mira left Kosovo to come to Halifax in 2000 with her family, arriving as refugees. Growing up, her mother taught her how to sew and it turned into a hobby. Mira started making her own clothes. Although she got plenty of compliments on them while she was out and about, she wasn't selling her work.

"I just love creating things that no one else gets to wear," says Mira.

She started an Instagram account for the same reasons most people do: To post photos of herself, friends and travelling. She posted photos of the clothes she made as well, but it wasn't a business venture—she was still just making outfits for herself and friends. Coincidentally, Instagram became the window to her career when Mira's friend met Kanye West at a party in Los Angeles.

"He was looking for people who made their own clothing," says Mira. Her friend "just let him know, 'Oh, you should look her up.'"

Unbeknownst to Mira, West—or his team—did indeed look her up. At the time, her dreams of making clothes were on pause. She was working at The Foggy Goggle and doing language interpretation on the side After West's representatives emailed her for the fourth time, Mira decided to give it a chance. She FaceTimed with them and, once confident they were who they claimed to be, she got on the next plane to New York. This led to modelling for West's clothing line and meeting Yeezy himself.

"He was very, very respectful," Mira says of West. "Sometimes we would have a 6am call time and he would work with us until 1am, 2am. He was there with us the whole time."

Since then, Mira has worked with West numerous times, which has garnered attention and other opportunities for her. She travels between Halifax, New York and LA to collaborate with "a lot of amazing people" on different projects. Sometimes she's modelling, but generally prefers to work behind the scenes.

"I love photography, I love film and I just love creating art," says Mira. "I love creating something that people have not seen before."

This summer, Mira will be launching a clothing line of her own. She describes it as "very beachy styles," such as bathing suits and dresses. "I'm always by the ocean—I love being by the ocean," she says. "I dive, I surf, so that's my main focus. Anything to do with the water."

As someone who was initially scared to model, Mira hopes she'll represent a different kind of beauty. "Being thin or being a certain way is not the only way to say you are beautiful," she says, pointing out that she's shorter and curvier than the average model. "You have everything to offer and you should never let anybody else tell you different."