Canadian Premier League now has three teams—Halifax, Calgary and York—committed to kick off in debut 2019 season. 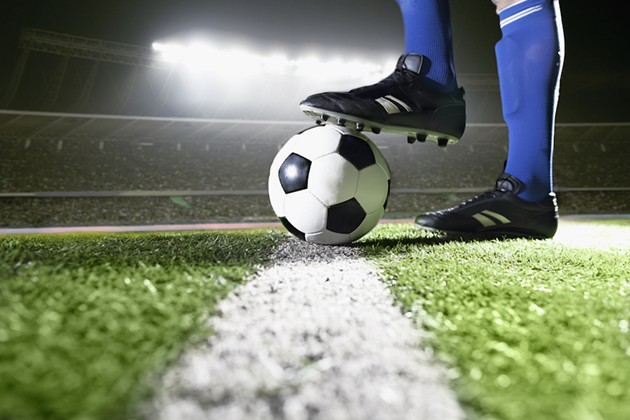 A new professional soccer league starts playing in Canada next year, and Halifax just became the third city to sign on.

At this afternoon’s announcement, the Canadian Premier League introduced HFX Wanderers as the third member of the nascent men’s pro league, joining Calgary’s Cavalry FC and Toronto-area York 9 FC as founding CPL clubs. Games are planned to start in spring 2019. The Wanderers will play at the 6,000-seat stadium that’s going at the Wanderers Grounds, the field between the NS Museum of Natural History and the Public Gardens.

HFX Wanderers is run by Derek Martin’s Sports & Entertainment Atlantic, which has produced Canadian university hockey and basketball championships in Halifax, among other events. SEA’s upcoming Canada vs USA rugby match will be the first event at the Wanderers Grounds stadium.

“We are extremely excited to welcome HFX Wanderers to the Canadian Premier League and to reward supporters with a professional team to call their own. The passion and enthusiasm of the soccer community here quite simply been amazing,” said CPL commissioner David Clanachan in the announcement. “We are thrilled to have Derek Martin leading the charge to make the Wanderers a key part of Halifax’s identity for generations to come.”

While news of the club’s existence had already leaked, the HFX Wanderers name and logo was revealed for the first time today. Try to spot the Wanderers in this grid of international pro soccer team crests, which also includes the Calgary Cavalry and York 9. (The three CPL teams are isolated in another image below.)

The Coast
Can you spot the HFX Wanderers crest in this grid of professional soccer team logos?

At first glance, the logo is recognizably part of the international crest canon, but it has several locating details. A stylized bridge—CPL claims it’s the Macdonald, not the MacKay—is the dominant Haligonian icon, beating out Citadel Hill’s Town Clock, although the Citadel itself is subtly referenced in the logo’s eight-sided border.

Under the HFX Wanderers name is the club’s motto, “Ar Cala, Ar Dachaigh, Ar N-Anam,” which graduates of The Gaelic College will know means “Our Harbour, Our Home, Our Soul.” The wavy blue lines and anchor grounding the crest work with the bridge to suggest Halifax Harbour, obviously. Less obvious is those wavy lines also repeat the “W” in Wanderers.

All told, the logo holds its own beside the city’s other major sports team logos— hockey’s Mooseheads and the basketball Hurricanes. Game performance remains to be seen.

Canadian Premier League is aiming to boost soccer development in the country by giving young players a new, home-grown aspiration. “For far too long, many talented kids have dreamt of playing professional soccer in vain,” explains the league's story of itself. “With nowhere to go, their dreams have been dashed as the road to pro was a dead-end path. In some we have out-sourced our path to the professional game to other nations. Not anymore.”

Soccer watchers expect the CPL to have up to 10 teams on board by the start of next year’s inaugural season. Canada Soccer, the sport’s governing body, has already approved six teams to play professionally: Halifax, Calgary and York, plus Hamilton, Winnipeg and Port City, BC. Some soccer inside baseball suggests Edmonton is also a likely market. If the league achieves its GOOOOOOOOALLLLL of developing soccer talent, maybe Canada will be able to return to the World Cup in Qatar in 2022.