Here's all the shows we can't wait to see during Symphony Nova Scotia's 2022-2023 season | Music | Halifax, Nova Scotia | THE COAST 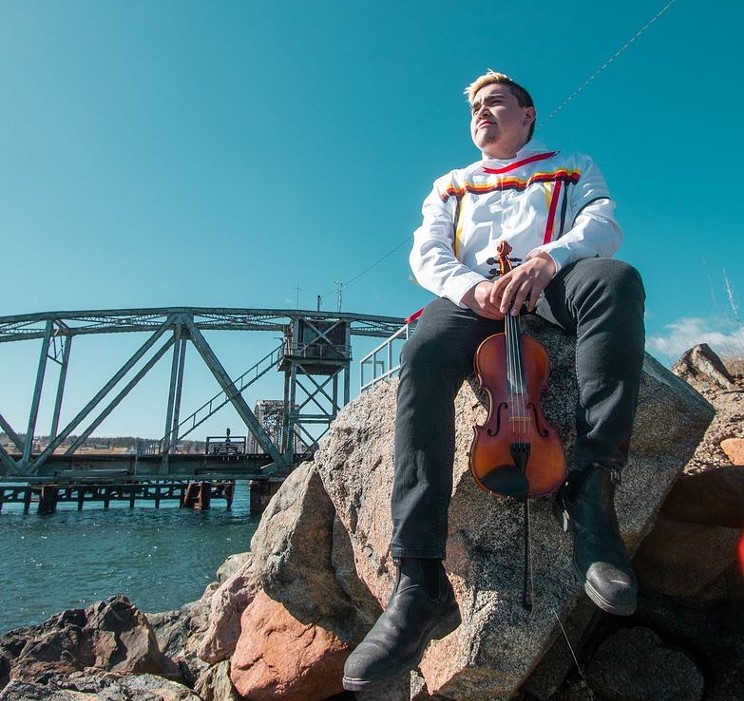 Submitted
Up-and-coming Morgan Toney will bring his blend of Cape Breton roots and traditional Mi’kmaw songs to the Symphony with fellow fiddler Ashley MacIsaac in February.

At the end of May, Symphony Nova Scotia announced its upcoming fall season—the fullest programming slate the organization has put together since the pandemic. It's chock-full of the sort of stuff that makes classical music lovers excited, but here's a handful of gigs we're already clicking marking our calendars for.

-Marc-André Hamelin playing Grieg
The superstar pianist with 11 Grammy nominations to his name returns to Nova Scotia to play what SNS calls "one of the juggernauts of the piano repertoire"—that's Greig's "Piano Concerto"—in a total icons on icons move. The show happens Nov 10 at The Rebecca Cohn Auditorium, tickets and details here.

-Ashley MacIsaac w/Morgan Toney and Symphony Nova Scotia
While it's not the first time the beloved fiddle player Ashley MacIsaac has spun Symphony jigs and reels that caught audiences hook, line and sinker, this time the Cape Breton musical royalty is bringing a friend: The emerging artist Morgan Toney is quickly making a name for himself blending Celtic roots music and traditional Mi’kmaw songs. They'll take the stage with SNS Feb 3-4, 2023 at the Rebecca Cohn, tickets and details here.

-Symphony Nova Scotia covers The Beatles
If your idea of a good tune is something by The Fab Four, well, it just so happens SNS agrees—and is giving the band the full symphony treatment, playing Abbey Road in its entirety Jan 20-23 (tickets and details here).

-Rose Cousins with Symphony Nova Scotia
Cousins took home a Juno for her last record, Bravado. Here, she brings its bright-as-marmalade quality to sparkling life as the Symphony joins her in performing her expansive brand of modern folk. This concert happens March 24 and 25 at the Cohn.

Peep the rest of Symphony Nova Scotia's upcoming season on its website.