Here we go again with this stadium business 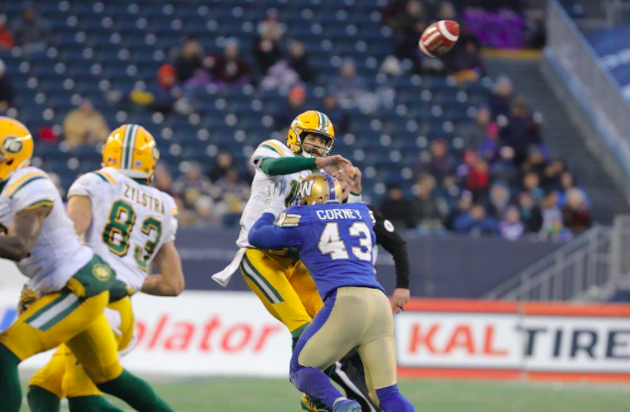 JASON HALSTEAD, FROM CFL.CA
A similar scene might someday happen in Halifax.

Besides mystery tunnels under the harbour and basically anything donair, no regurgitated news story piques the interest of this municipality quite like the perpetual discussion of putting a football stadium in Halifax.

Well strap in and hold on, because shit's about to get (vaguely and informally) real.

The Sports Network is reporting that the Canadian Football League’s board of governors has received a “very credible” proposal to put a new team in Halifax.

The familiar effort is being organized this time by a group of patrons including Anthony LeBlanc, former president and CEO of the Arizona Coyotes. According to TSN, meetings took place this week between organizers, the CFL and HRM council during an in-camera session held Tuesday.

But any chance of the new franchise calling Halifax home will depend on building a new stadium.

Mayor Mike Savage, who’s been bullish on his stadium dreams since being elected, was more cautionary this week in a media statement about the CFL pitch.

“Any proposal would need to be private sector led and make economic sense for the municipality,” states Savage. “While this is early stages, we are aware of a serious proposal from serious, experienced people. They have worked together to develop a real proposal.”

Halifax has previously explored building a stadium several times over the past few decades—always without success.

In 2006, spent $2.4 million on a feasibility report for a 25,000-seat stadium as part of its failed Commonwealth Games bid. Five years later, HRM spent close to half a million dollars on another failed attempt in anticipation of the 2015 FIFA Women’s World Cup. A staff report brought to council two years ago likewise advised against putting a stadium on the undeveloped lands at Shannon Park.

Meanwhile, the closest Halifax ever came to the CFL was 1982, when the league granted a conditional franchise to create the Atlantic Schooners.

Despite purchasing a scoreboard from the New England Patriots, financing for the stadium never materialized and the team's owners' plans crumbled. Here’s how the Canadian Press described it at the time:

“Team officials kept hoping for an 11th-hour bailout from the federal government in the form of a $6-million loan guarantee, but when it became obvious Ottawa had left the Schooners on their own, the organizers faced the facts and called it quits.

“‘We have not been scuttled,’ team president John Donovan, a trucking executive from Mississauga, Ontario told a news conference. ‘We will be in a better position to crystallize in the near future. All is not lost.’”


A process and timetable for awarding this new expansion in the nine-team Canadian Football League haven't yet been established.