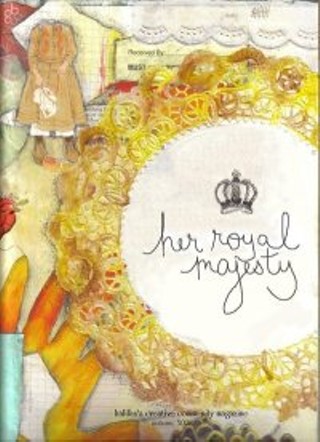 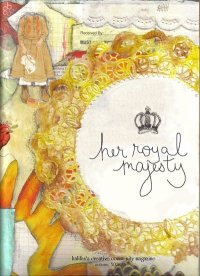 Harriet Lye's bi-monthly community arts magazine, Her Royal Majesty, has crept its way into the hearts of the Haligonians for its charming artwork, poetry, stories, paintings, recipes and more. According to Lye, the name is derived "from a mistranslation of acronyms: when I first moved to Halifax, I thought that the signs around the city requesting that citizens keep out of the park after dark, refrain from smoking in public places, resist the temptation to swim in the harbour, et cetera, came straight from the mouth of Her Royal Majesty. I later learned that it was not the Queen, but rather the Halifax Regional Municipality that was concerned with my garbage disposal and the distribution of parking tickets."

It's a free publication, available at various fun & indie locations around town (check the website for details), and so to help offset the costs, there's a party this Saturday at the Khyber to launch the new issue, which includes work by Laura Dawe, Melanie Colosimo, Nanci Lee and Krista Comeau. There will be "fun! wine! treats! readings! and music!" The Stance, Mean Wind and Scott & Dave will be playing, oh yeah. Tickets available for $5 from Lost & Found or from one of the editorial team (email halifaxroyalmajesty@gmail.com, or $7 at the door.