Going from sad to mad, a former solo act is reborn. 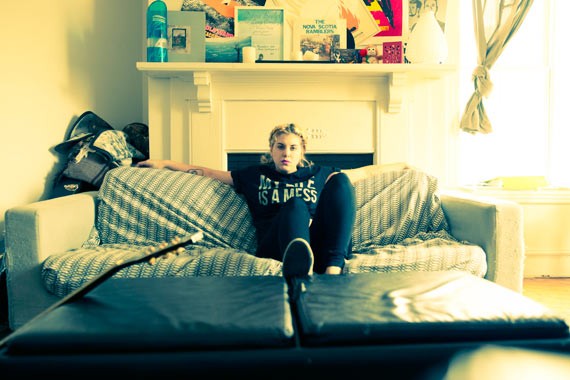 This is what inspires Dana Beeler, the vocalist and guitarist of new rock-based outfit Hello Delaware: "Shitty dudes, shitty breakups and t-shirts with fun sayings on them. I was sick of being pigeonholed as a sad-sack songwriter," she says of her days performing as Dana Beeler, onstage with a guitar. "But I'm not sad, I'm mad. I'm frustrated. I'm over dudes. I've over trying to be perfect." As a result, Hello Delaware (filled out by members of Halifax rock band Floodland) is "a lot louder, grungier and easier to dance to" than Beeler's previous solo work. The band just released the single "I Never Asked," produced by Lake Echo king Daniel Ledwell, with an album release scheduled for September 30 at The Seahorse. "It's so close to my heart. This is what I've always wanted to say, do, scream and be."