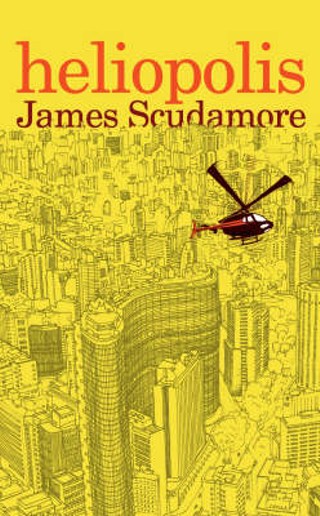 Longlisted for the Booker Prize, James Scudamore's second novel takes place in São Paulo, but really, this pleasurably dark, humourous satire on the tenuous coexistence of extreme wealth and poverty could be plunked down anywhere. Part of Heliopolis' pleasure is its South American location, underrepresented in contemporary Anglo lit, but Scudamore's Brazil safely lacks the grit of, say, films like City of God (though don't be surprised if Heliopolis ends up on the big screen). As a baby, Ludo and his mother were plucked from the city's favelas and into the weekend home of supermarket tycoon Ze Generoso, where Ludo falls in love with his adoptive sister. His posh world (and appetite for vice) is larger than life, but always under the watchful eye of circling personal helicopters vying for airspace and the scare of kidnapping. Ultimately, it doesn't matter how much power they have (or not), Ludo and his extended family have an appetite for self-destruction.