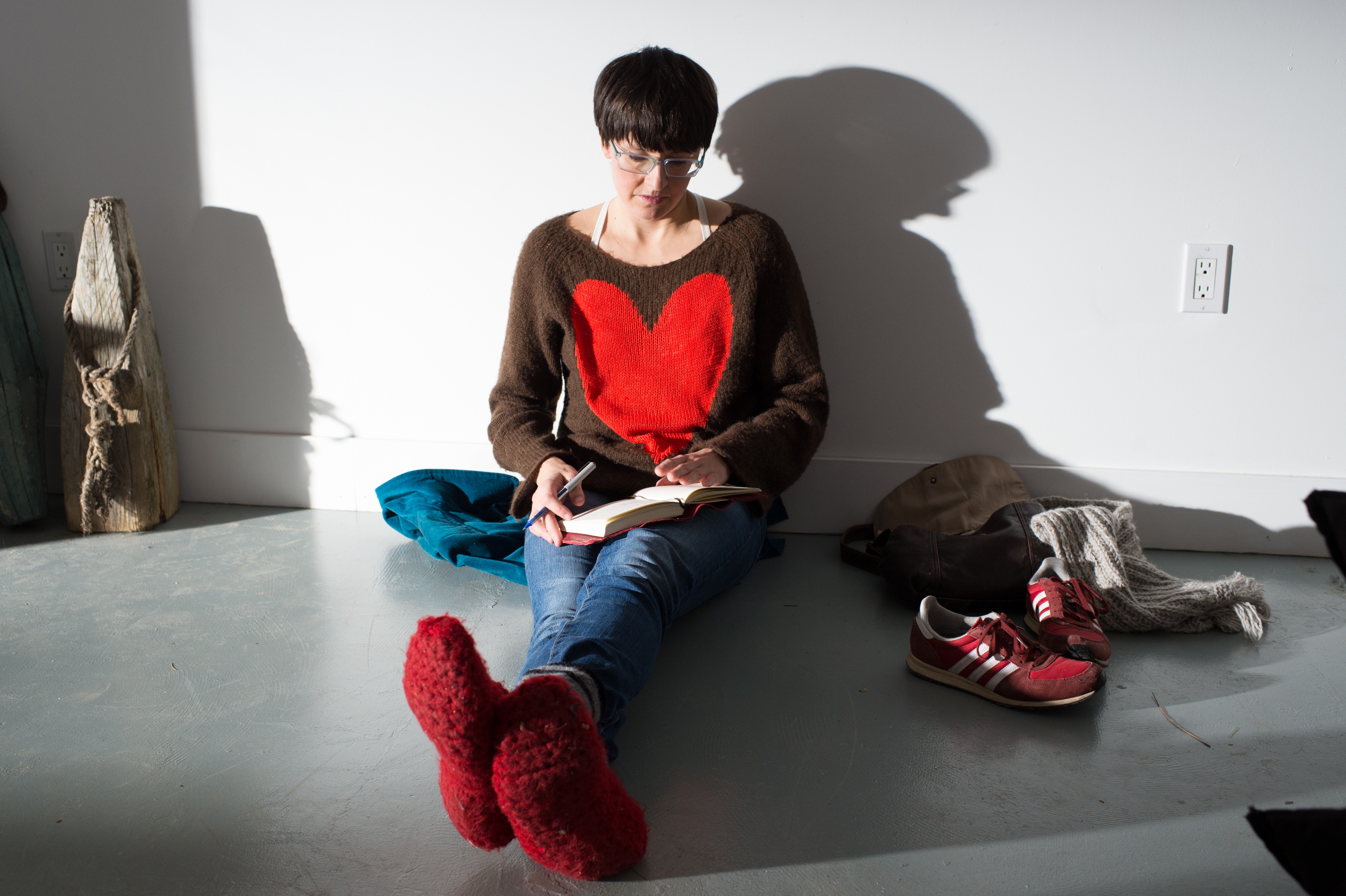 Filmed over five brisk fall weeks in Halifax, Emmy-nominated director Andrea Dorfman’s (Parsley Days, Love That Boy) newest film, Heartbeat wrapped last week, to be released by Mongrel Media in 2014. I had the good fortune of being a part of it—full disclosure, I play a small role as a musician in the film—and having never been a part of a film before, I am currently under the impression that all movies are this magical. Don’t correct me if I’m wrong. If my involvement wasn’t already an indicator, Dorfman cast many non-actors, made up of musicians and artists, to create what she calls a “kind of musical.”

Heartbeat serves as a prequel to Dorfman’s viral video, How to be Alone, her collaboration with poet and musician Tanya Davis. Davis plays the lead, a romantic comedy hero on an emotional journey. Though this is Davis’ first feature film project, the cast isn’t all newbies. Kristin Langille (There Are Monsters), Glen Matthews (Hobo with a Shotgun), Mary Fay Coady (Trailer Park Boys), Jackie Torrens (There’s Been a Terrible Mistake), Stewart Legere (Zuppa Theatre Company) and musician Stephanie Clattenburg star as well as cameos by Rich Aucoin, April Wine’s Jim Henman and Margot Durling.

Produced by Bill Niven and Jay Dahl with cinematography from Stéphanie Weber Biron (yes, there were three Stephanies on set. Fun!), Dorfman says of the film: “it was an absolute joy to wake up everyday and work alongside such creatively strong folks. And frankly, I’m amazed by what I’m seeing in the dailies—not just in the authenticity of the performances but in the detail and beauty of the design. This is going to be a gorgeous film.”