A playlist stuffed with local musicians.

After a year without concerts, it's essential to pad your playlists with the local groups you'll chase to the pub after class. Listed below is some of the immense amount of local talent Halifax calls its own—so let your imagination go beyond the stereotype of tartan-clad Celts (though, yes, there are local acts that do the sound such justice they'll convert you). Get ready to delve into a scene saturated with unique voices:

Let Dreams Be Noticed is the hip hop collective that brought us one of Halifax's brightest up-and-coming MCs, Kye Clayton—and the rest of his friend group is just as hungry on the mic as the J Cole-inspired Clayton. The collective just released a new self-titled album and it's the perfect pre-party/getting ready to go out tunage.


General Khan dropped her debut project, Wrath of Khan, earlier this year. Perfect for vibing in the dorms with your soon-to-be ride-or-dies. 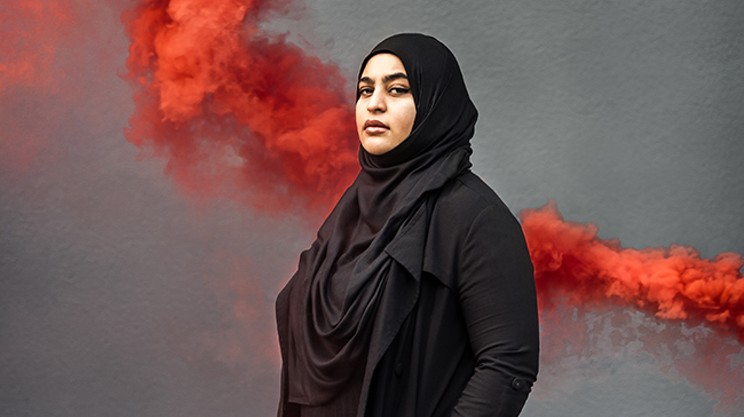 Masuma Khan is making history: The Dalhousie University student and outspoken political activist wants to better her hometown of Halifax. Just try and stop her.

Kxng Wooz says his EP Redemption stems from self-reflection and "just being like 'damn I haven't done anything in a while'"—something many students will relate to as they return to the classrooms. The flow, though? It's one like you've never heard before.

Preston R&B luminary Keonté Beals' music is akin to early 2000s Usher. A vital addition to any sex playlist, his LP King will set the mood and then some.


If you're someone who survives exam season on a steady diet of classical tunage, Sarah Slean and Symphony Nova Scotia's collaboration, a Juno-nominated effort, should be your new study track.

Another wordless wonder to consider? The work of composer India Gailey, whose music is a prism for sound, translating raw senses into comprehensible compositions.

Mo Kenney's latest record—a selection of covers so well-chosen they feel like originals—is perfect fare for fans of Guided By Voices or Tom Petty.

Gabrielle Papillon's 2019 effort Shout is the perfect art-pop opus for the school year's dramatic highs and lows, so get ready to spin it on repeat.

Kim Harris is known for her powerful pipes. Let her tune "Once You Were Wondrous" be your speed-dial solution when you need a reminder you're the shit.

Breagh Isabel's "Girlfriends" is a bittersweet dose of bedroom indie pop. You won't know whether to cry old tears for forgotten love or dance away the feels all together.

Listen to all the songs on this YouTube playlist.

How the city created a crisis Wednesday with a shelter siege