External review finds Kate Shewan did not engage in misconduct of any kind. 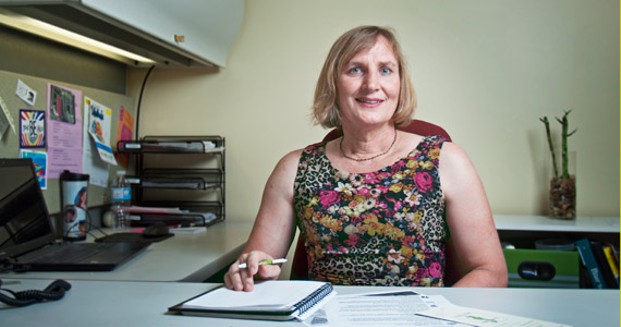 A workplace harassment complaint made against Youth Project executive director Kate Shewan has been found by a third-party investigator to be without merit.

The complaint was made against Shewan sometime in September, at which point the LGBTQ+ non-profit says it contracted lawyer Rebecca Saturley with Stewart McKelvey to look into the matter.

A statement provided to The Coast by Youth Project legal counsel Kate Ross says the “thorough and impartial investigation” concluded that the complaint was unfounded.

“The Youth Project fully accepts the investigator’s finding that Shewan did not engage in harassment or misconduct of any kind,” it reads.

Kym Sweeny, who’s been serving as acting executive director while Shewan is on paid leave, says the allegation was taken seriously and Saturley was rigorous in her duties

“She interviewed all the current and past staff as part of her investigation, as well as Kate and several past members of the board who were there at the timing of the events,” Sweeny says.

Shewan, through her lawyer, had no comment when contacted by The Coast.

The former Youth Project employee who made the original complaint against Shewan also declined to comment on the matter.

“During this time, I think it's important to respect the confidentiality of the process and the people involved,” they said via email. “I have great respect for many staff I shared my time with at the organization.”

News of the investigation was first mentioned in an announcement the Youth Project posted to its website last month, which said Shewan had been suspended pending a review of and office culture.

Shortly after CBC reported on the story, the original statement was edited to remove any mention of an investigation and Shewan’s “suspension.”

Sweeny would not comment on why the wording was altered.

“The Youth Project appreciates that the complaint process has been challenging for all involved,” reads the statement released this week by Ross. “In particular, the Youth Project regrets the negative attention to Kate Shewan.”

Shewan joined the Youth Project as executive director three years ago, having previously served as chair of the Nova Scotia Rainbow Action Project. An accountant with 20 years of finance experience, Shewan also sits on the Pride Health Advisory committee with Capital Health and serves as treasurer for the Canadian Professional Association for Transgender Health.

The Youth Project offers support services through the province around issues of sexual orientation and gender identity for those aged 25 and under. Through its work, Nova Scotia’s LGBTQ+ and Two-Spirit youth are able to access much-needed support groups, counselling, educational workshops and social activities.

But all of the programming and workshops offered by the Youth Project in Halifax have been cancelled for the last several weeks while the organization goes through what it calls a “restructuring” period.

The hiatus started before any allegation against Shewan came to light, explains Sweeny, and was instead the result of high staff turnover in the summer.

The acting executive director says she recognizes the substantial impact even a temporary closure of the Youth Project’s programs can have and is hopeful the non-profit will soon be in a better position to serve youth across the province.

Plans for that restructuring will be developed and rolled out over the next six months, but some details will be offered at an extraordinary general meeting taking place this Saturday at the Glitter Bean Café.

Sweeny says the meeting will bring people up to speed on the harassment investigation process—what parts can be disclosed, anyway—along with outline recommendations for the Youth Project’s structure and operations moving forward.

“We’re going to be sharing some of the results from the [online] survey, some of the feedback we’ve been getting on the growth and changes that are needed, and outlining our steps moving forward with a more comprehensive strategic planning process that will involve the community at large, as well.”

More information on the meeting can be found on the Youth Project’s website.