Hanging on the PHUN PHONE

Give Cheryl Hann a ring 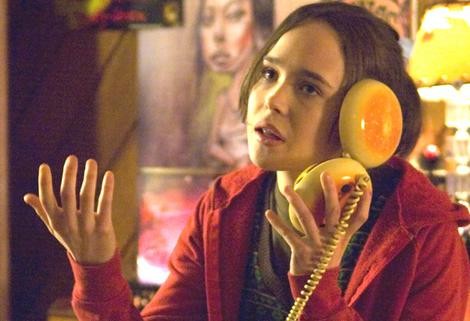 Pick up the phone, Picnicface’s Cheryl Hann is all alone. Hann’s latest project, PHUN PHONE, brings a bit of old-fashioned Herald Line fun back into your life.

While most of us have long since forgotten the charms of a landline, a few weeks ago, the pleasantly cell phone-free Hann discovered she had a second phone line as part of her home phone package. Instead of letting the line go to waste, she decided to create her own irreverent hotline. “I was really fascinated by the idea of a call-in line that's pretty open and free form,” says Hann. “Somewhere people could call if they just wanted to talk.”

Hann imagines the line as “a place to vent, a place to confess a secret or ask for advice. I think there are definitely instances where a professional opinion or professional help is required, but often times people just need to get shit off their chests”

Hopefully, that shit is compelling, as Hann would like to document her telephone adventures. “I'd like to record the calls and make a podcast,” says Hann. “Of course, anyone who calls in has the right to ask that I not record them, and everything will be kept anonymous.”

On Fridays, the PHUN PHONE switches formats. Instead of an advice/chat line, Hann will offer horoscopes, weather forecasts, impressions (“which I will take Twitter requests for”), stories, jokes, songs. On weekends she gives the line a rest. If you are phone-shy, this might be the practice you need. If you’re phone-deprived, the line might fill the void left by texting, email and endless “ask me anything” threads. “I think people miss the phone. A lot of my friends who have cell phones complain about their addiction to texting or to their Facebook app and get wistful for the days when they called people,” says Hann. “I think—well, I hope—that there are other people out there who miss hearing a voice on the other end. Otherwise this won't work at all.”