His star-making turn as Cassius Clay in One Night In Miami is must-see cinema. 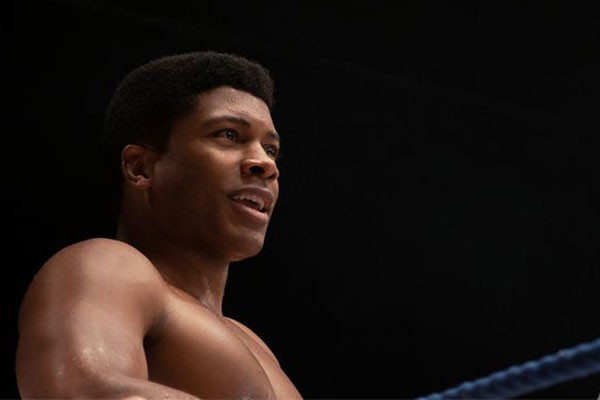 IMDB.com
Like the rest of us, the Black Reel Awards were knocked out by Eli Goree's Cassius Clay in One Night In Miami.

Real ones have known since his time hosting Street Cents–or at least since the time he played Malik on CBC's Da Kink In My Hair–that Eli Goree has serious star power. Now, it seems like the rest of the world is catching up on the Halifax-born actor's greatness: Yesterday the Black Reel Awards (a certifiably captial-B Big Deal award show held in the US) nominated Goree for an Outstanding Breakthrough Performance Award for his turn as Cassius Clay in Amazon's One Night In Miami. (Past winners of the Outstanding Breakthrough Performance Award include Daniel Kaluuyan for his starring role in Get Out and Lupita Nyong’o for her turn in 12 Years A Slave.)

The flick traces the events held over the night of Feb. 25, 1964–as Cassius Clay, Malcolm X, Sam Cooke and Jim Brown “Discuss the responsibility of being successful Black men during the civil rights movement” as the official synopsis puts it. Directed by Regina King (known for her work in front of the camera in Ray and If Beale Street Could Talk), the film snagged a whopping 15 noms from the BRAs overall.

Catch Goree’s career-making performance in the movie now on Amazon Prime–and peep the trailer for the flick below.