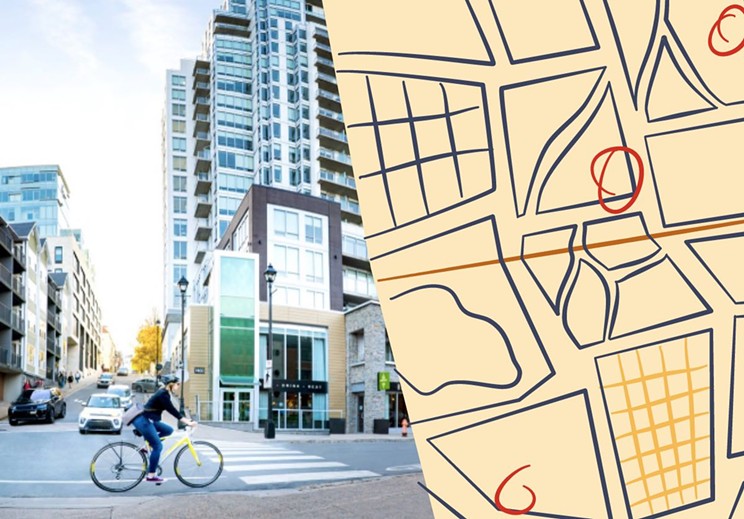 The Coast
After a successful debut in 2021, the Halifax treasure hunt's anonymous creator promises "the clues this year will certainly be more difficult."

Dan Brown’s Angels and Demons may have inspired many people, but perhaps none more than the creator behind r/HalifaxTreasureHunt.

In the depths of Reddit lies the subreddit r/HalifaxTreasureHunt, a guide to an adventure meant to provide Haligonians with something to do over the summer months. Every few weeks a cryptic clue is posted that, if deciphered correctly, leads to a location someplace around town where a prize container is hidden; the first person to find it gets the $10 to $20 cash inside. And today, June 3, marks the beginning of the 2022 hunt, as participants eagerly await the first clue.

The Coast spoke to the hunt’s creator, Reddit user u/CrowOnASegway (over email of course to retain their anonymity) who told us all about why Angels and Demons is the reason why this hunt exists: “There is a section of the book where the characters are running around Vatican City trying to solve clues to continue towards their goal.” They admit their version couldn’t be quite as exhilarating because “obviously, the Halifax Treasure Hunt is much lower stakes but it is the same general idea.”

There are rules developed to protect the hunters and the oblivious pedestrians. u/CrowOnASegway lets participants know that there will be no need for digging, trespassing or destruction of property. Prizes are not hidden anywhere that requires dangerous activity to reach.

Last summer was the first hunt, and u/CrowOnASegway admits they really didn’t know what to expect going into it. But that hunt attracted over 200 subscribers on its subreddit, not to mention all the others who might've followed along without subscribing, which “shows there was an appetite for it.”

The creator wasn’t aiming for a particular outcome. “I just wanted to see if there was interest in it and challenge myself to write some difficult clues.” After reaching out to the online community for feedback to improve on the 2021 hunt, one new thing is “the clues this year will certainly be more difficult.”

For u/CrowOnASegway more difficult clues means more time taken for preparation and execution. “The brainstorming takes a long time actually. On top of researching and writing the clues, I go to each location to scout it out and make sure it is a viable hiding spot.” Overall, each clue takes about two or three hours of work.

Despite the pretty big subscriber base and lengthy prep time, the treasure hunt and its cash prizes are currently a one-person show. “I don't look at it as being a big cost though—to me, it is entertaining to watch the community struggle with the clues and try to piece things together, but it is also really rewarding when someone finally finds it,” u/CrowOnASegway says.

“I am content to foot a small bill for now. I may approach local businesses in the future to sponsor it,” they tell us, but “for now, it is just me.”

Alyssa is the Newsletter Editor at The Coast and has been with the publication since 2022. She was born and raised in Toronto where she graduated from the University of Toronto studying English and professional writing. She previously worked as a writer and reporter for Narcity Media and Valnet Inc.
More