A walk down memory lane from made-in-Halifax movies past. 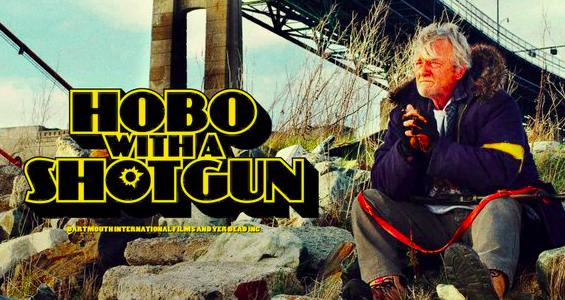 Jason Eisener via Facebook
Rutger Hauer grimaces at our very own harbour.

It’s what New York and Los Angeles have known for decades: There’s an inestimable thrill in seeing your town up on the big screen. It’s qualifying. It’s justifying. It’s mythic.

And it’s a privilege we in Halifax will likely have fewer opportunities to enjoy as Nova Scotia’s cinematic storytellers leave town in gangs, thanks to recent political shortsightedness.

With the 35th Atlantic Film Festival happening, what better time to revisit the moments when Halifax looked its best through the lens of homegrown and visiting filmmakers? Here are 10 movies where our city shone in a supporting role.

10
Corvette K-225 (1943)
Howard Hawks produced, and did some uncredited directing, of this wartime drama. The University Of King’s College stands in for a Naval school, with a scene in the quad featuring Randolph Scott, Ella Raines, James Brown and a marching band.

9
The Weight Of Water (2001)
Kathryn Bigelow shot her historical murder melodrama largely on the South Shore with Sean Penn and Sarah Polley, but Ciarán Hinds hangs from a gallows conveniently situated in the fort at Citadel Hill.

8
K-19: The Widowmaker (2002)
Bigelow came back to Halifax the following year to make this period submarine thriller with Harrison Ford and Liam Neeson. We get a long, lingering look at a stretch of the north end, including the shipyard. Amazing how Hollywood magic makes Halifax convincingly resemble a Russian industrial town in the early 1960s.

7
The Shipping News (2001)
They say it’s not sunny under the grain elevators, but there is a house near there, at Atlantic and South Bland, where Cate Blanchett’s Petal was happy for a short time with Kevin Spacey’s Quoyle, before she went off the bridge with her lover.

6
Snow Angels (2007)
The Bedford Highway gets lots of love in David Gordon Green’s wintry family drama. Amy Sedaris and Kate Beckinsale work at the China Town restaurant, and Kate hooks up with Nicky Katt at the Stardust Motel.

5
George’s Island (1989)
Paul Donovan made a host of movies in and around Halifax in the 1980s and ’90s, including this charmer about a boy, his grandfather and buried pirate treasure. The then-red-doored Halifax Grammar School is a featured location.

4
Hobo With A Shotgun (2011)
“The Pawn Til Dawn Shop,” where Rutger Hauer picked up some handy tools and put down some nasty dudes, was set at what’s now tasteful eatery EDNA.

3
Touch and Go (2003)
Two characters in Scott Simpson’s romantic comedy work as tour guides, one on the Harbour Hopper, so downtown is the real star of the show (though the cast includes Jeff Douglas and Ellen Page). Highlights include scenes on the Dartmouth Ferry and Granville Mall.

2
Heartbeat (2014)
Each of Andrea Dorfman’s features has been a bit of a love letter to Halifax, from Parsley Days to this, her most recent ode to community, creativity and cycling. Tanya Davis and Stephanie Clattenburg jammed in the front window set of “Arlo’s Strings and Things” on Agricola Street, which is now also a restaurant, The Greek Village.

1
Poor Boy's Game (2007)
Halifax is the champ in this boxing and racial drama. Danny Glover’s screen family, the Carverys, live in a house on Maynard Street, while Greg Byrk and Laura Regan’s Rose party house is on Shore Street in Dartmouth. Rossif Sutherland strolls across the Young Avenue bridge, broods at York Redoubt and fights at The Olympic Hall.